The Arrow Episode #5.21 Title Is A Throwback 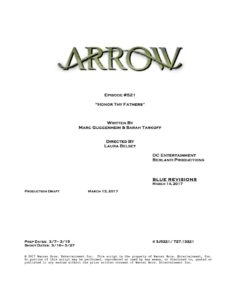 The 21st episode of Arrow Season 5 has a title that is a throwback to the second episode of the series.

Whose fathers may come into play? Oliver’s, Talia’s, Adrian’s… maybe Quentin Lance or even someone like Helena’s father or Felicity’s dad The Calculator might come into play too; who knows. Maybe even Shado’s dad, or that father of Thea and Tommy who’s causing drama over on DC’s Legends of Tomorrow? Lots to speculate about.