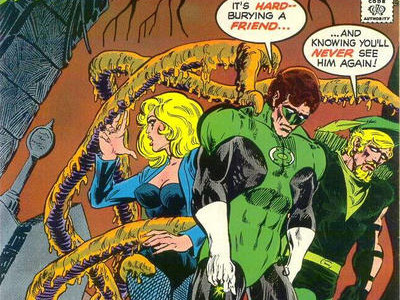 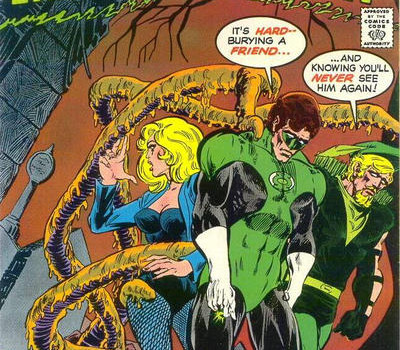 Since there had sometimes been confusion about the covers without any context, this year we’re going to describe the comic book covers that we are showing. The issue numbers on the comics will correspond to the number of days left before Season 5 begins. For example, there are 104 days left until Arrow Season 5, considering The CW just announced an October 5 premiere date. 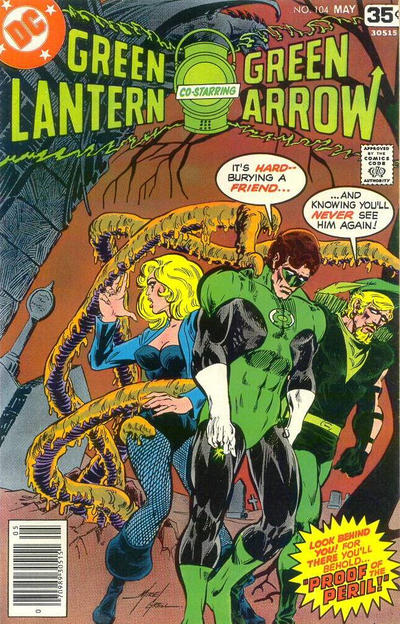 Dinah Lance, the Black Canary, joins Green Lantern and Green Arrow on this classic comic book cover from 1978, where Hal and Ollie mourn… we’re not quite sure who they mourn, without the issue at hand! This is another issue from the second wave of the Green Lantern/Green Arrow series which relaunched with issue #90 in 1976. Cool Mike Grell artwork, though.

104 days are left to the Arrow season premiere – be sure to come back daily for more countdown posts! Past “Cover Countdown” posts can be found here.