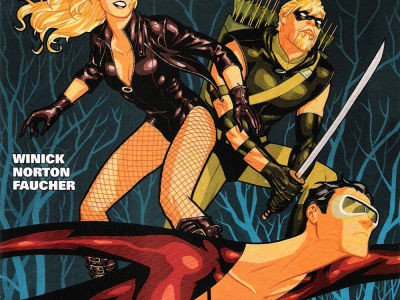 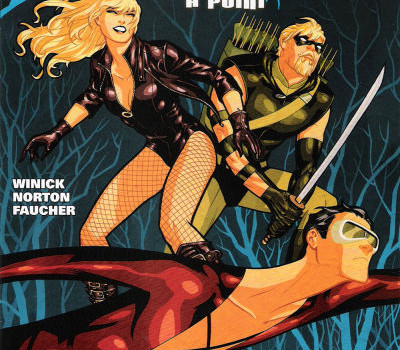 Since there had sometimes been confusion about the covers without any context, this year we’re going to describe the comic book covers that we are showing. The issue numbers on the comics will correspond to the number of days left before Season 5 begins. For example, there are 9 days left until Arrow Season 5, considering The CW has announced an October 5 premiere date. 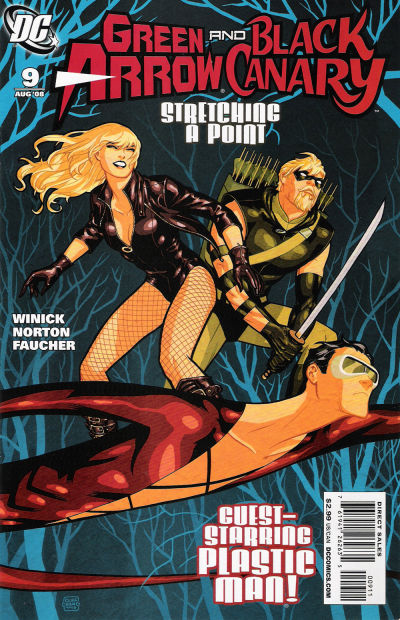 The Green Arrow/Black Canary comic book came out at a time when Green Arrow and Black Canary were actually married; several issues were written by Arrow’s own Andrew Kreisberg. This particular issue of the series featured a guest appearance by Plastic Man!

9 DAYS are left to the Arrow season premiere – be sure to come back daily for more countdown posts! Past “Cover Countdown” posts can be found here.