Since there had sometimes been confusion about the covers without any context, this year we’re going to describe the comic book covers that we are showing. The issue numbers on the comics will correspond to the number of days left before Season 5 begins. For example, there are 8 days left until Arrow Season 5, considering The CW has announced an October 5 premiere date. 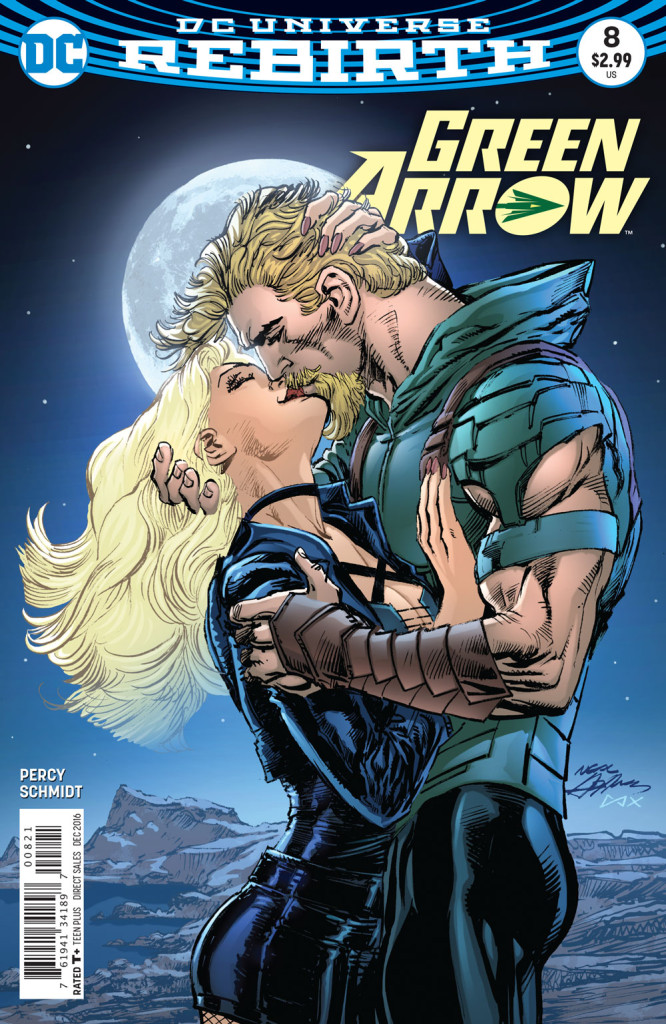 This year, DC Comics launched what has been a popular initiative called “Rebirth” in which their series have all brought back elements that had been missing during the “New 52” years. In the Green Arrow comics, one of those initiatives was the Green Arrow and Black Canary relationship; in the New 52 comics, it didn’t seem there was much of an interaction with the two at all.

The new series is written by Benjamin Percy and several issues – like issue #8, which comes out October 5, the same day Arrow Season 5 premieres – have had variant covers by the legendary Neal Adams, who did those wonderful Green Lantern/Green Arrow comics decades ago. The Green Arrow costume looks a lot like what Stephen Amell wore in Season 4 of the TV show here. This particular Green Arrow #8 cover is the Adams variant, so if you would like to find it next week, you may have to specifically ask your local comic book shop.

Green Arrow: Rebirth has been a great jumping on point for the new comic book series; many issues can be found here.

8 DAYS are left to the Arrow season premiere – be sure to come back daily for more countdown posts! Past “Cover Countdown” posts can be found here.