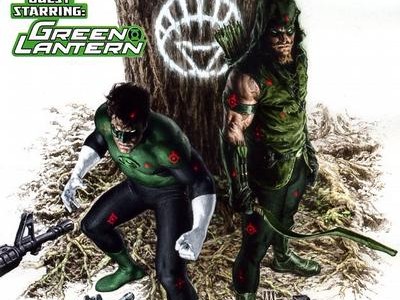 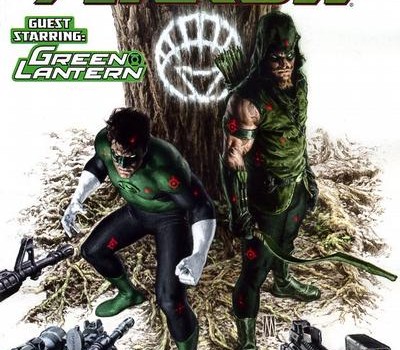 Since there had sometimes been confusion about the covers without any context — this year we’re going to describe the comic book covers that we are showing. The issue numbers on the comics will correspond to the number of days left before Season 5 begins. For example, there are only 2 days left until Arrow Season 5, considering The CW has announced an October 5 premiere date. We’re almost there! 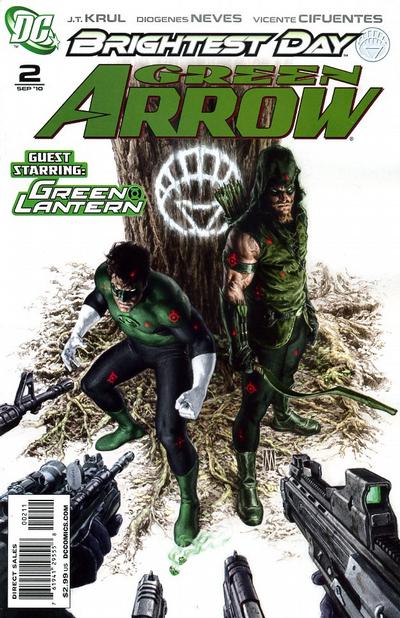 This cover came during DC’s “Brightest Day” initiative that followed the “Blackest Night” crossover. Guest starring in this issue is Oliver Queen’s old pal from the comics, Green Lantern. Sadly, it doesn’t sound like there are any plans to have Hal show up on the TV series, though Easter eggs and hints have alluded to him throughout the Arrowverse.

But hey… if Supergirl can get Superman… maybe DC will let the TV people borrow Green Lantern sometime?

In any event, this is a beautiful cover we’ve never posted before, so enjoy!

2 DAYS are left to the Arrow season premiere – be sure to come back daily for more countdown posts! Past “Cover Countdown” posts can be found here.