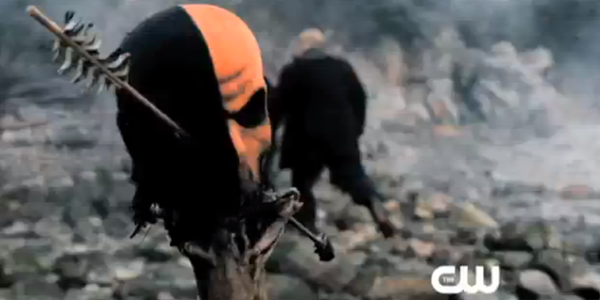 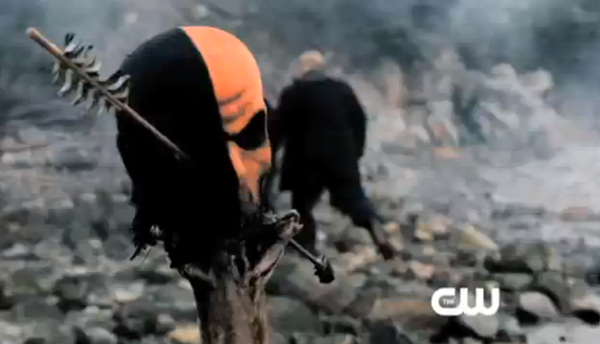 Is That Deathstroke’s Mask In The Extended Arrow Trailer? 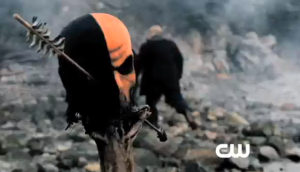 Those who have seen the actual Arrow pilot, and now those who have watched the latest extended trailer for Arrow, may have noticed a familiar looking mask on the island where Oliver Queen has spent several years. While one could argue that it is coincidence, most would guess it’s a visual confirmation that Slade Wilson, aka Deathstroke The Terminator from DC Comics lore, might be coming to the show, if even in flashbacks.

(At least we think that’s just the mask. Maybe there’s a head under there…) 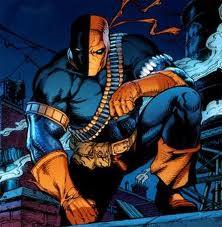 There is a lot of island backstory left to explore as the series progresses, and the pilot only hints at that. For example, where did Oliver Queen learn how to speak Russian if he was stuck on an island for all that time? Was there a reason he had to become so good at what he does? Where did all of those scars come from?

Slade Wilson appeared in a very different form in the final season of Smallville, with Battlestar Galactica’s Michael Hogan playing the role. While he is a fine actor in his own right, many picture Deathstroke to be at peak physical condition despite his age.

Might Stephen Lang be available now that Terra Nova has ended? We can’t think of a more perfect Slade Wilson than that… then again, the Arrow casting folks may surprise us, if it is indeed true that Deathstroke will factor in to Arrow.

Our thanks to Alan Kistler for posting the screen capture on Twitter.