Just like Arrow Season 5 started with a memorial for Black Canary, so, too, does Season 6.

Now, after the destruction of the very public display, there’s a “Black Canary Memorial Display,” we’re assuming in the Arrow lair and base of operations. The question we all have next is who’s going to wear it (assuming they survive?) Juliana Harkavy’s Dinah Drake… or Katie Cassidy’s Black Siren?

In any event Season 6 begins October 12 on The CW… so chances are good we’ll get the answers to those questions then. Both Juliana Harkavy and Katie Cassidy have been announced as series regulars, so we’re hopeful it’ll be at least one of them. 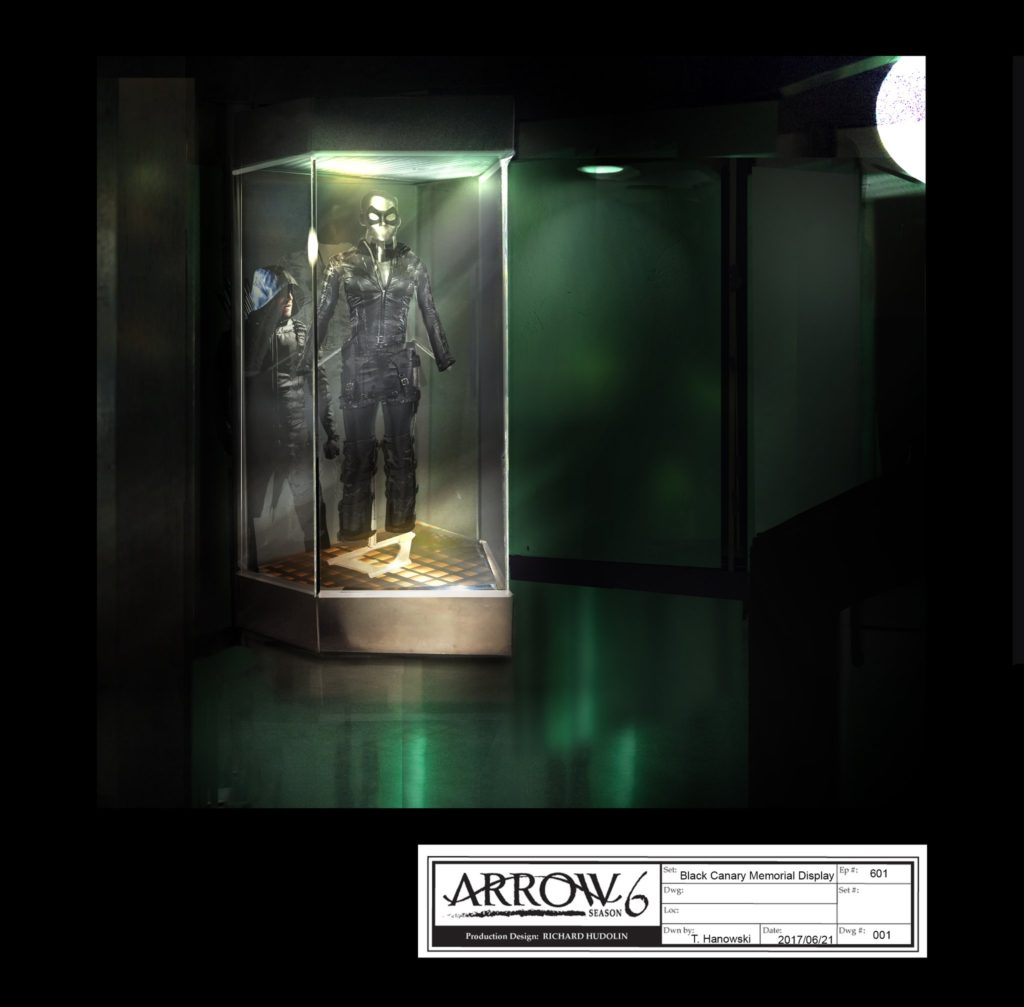