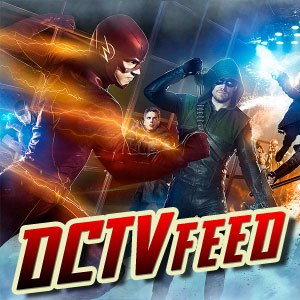 Then more came in. Gotham. DC’s Legends of Tomorrow. Supergirl. Vertigo properties iZombie and Lucifer, which have been covered at our general TV news site, KSiteTV.

You’re probably following some of our Twitter accounts focusing on some of those shows. @GreenArrowTV, @FlashTVNews, @KryptonSite, @GothamSite, and @DCLegendsTV, as a few. They’re not going anywhere. But we are opening a one-stop shop on Twitter for those wanting news from ALL of the shows.

@DCTVFeed is our newly-launched Twitter account where we’ll be retweeting and reposting news about all of the DC TV shows. The individual show accounts (including @GreenArrowTV) will continue, focusing on those core shows and those respective fandoms, but if you want a little bit of everything all on one place, check out and follow the new account. With the new TV season coming up, it might make it a lot easier to keep up.

@GreenArrowTV still exists and is not going anywhere as [hopefully] YOUR Twitter source for Arrow news and info!

We also have these accounts for individual DC TV shows:

And an account for general TV show news, without which none of this would be possible:

And now there’s our Twitter feed for all of our DC TV news:

Finally, there will be a DCTVFeed Facebook page, but we’re still working on that, so stay tuned.

Thanks as always for visiting the site and the site network!