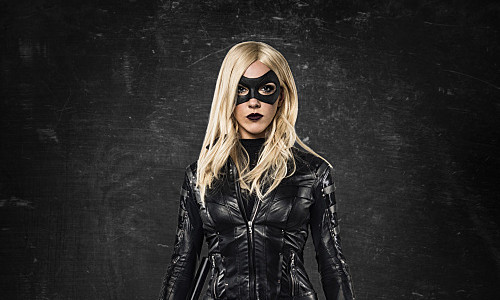 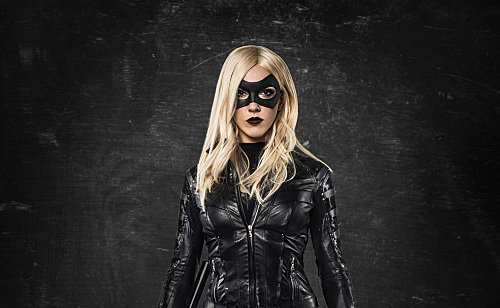 Arrow2536 Black Canary177 Dinah Laurel Lance94 Katie Cassidy263 Laurel Lance62 opinion6
Laurel Lance is soon to follow in the footsteps of her sister and take up the mantle of her comic counterpart as Black Canary.... 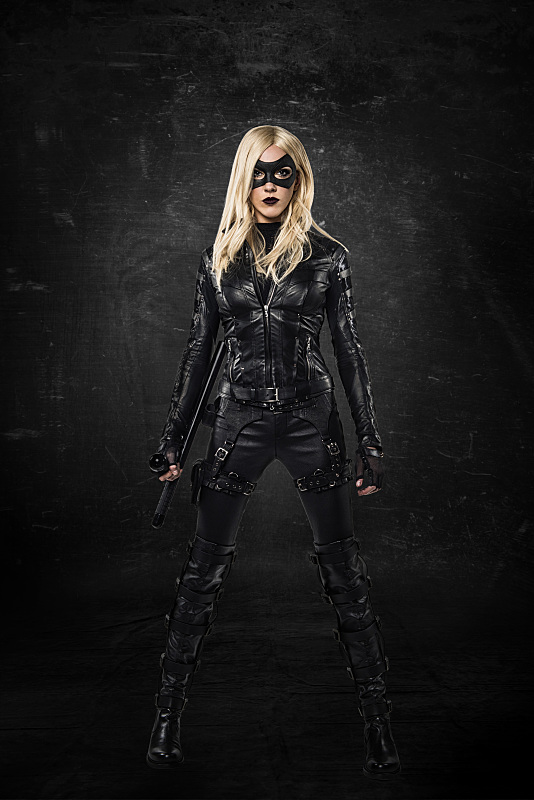 Laurel Lance is soon to follow in the footsteps of her sister and take up the mantle of her comic counterpart as Black Canary.

Many are left scratching their heads at such a development, while others are downright disdainful.

For me, this is an enticing development, even in as much as it portends possible disaster for Laurel. It’s a natural progression from where the character has been growing since the latter part of last year.

Now, before rending us both asunder in blazing Mirakuru fury, allow me to explain.

First, the background. Laurel Lance has been something of a divisive character on Arrow from well near the beginning.

Even her name set off sparks amongst the comic fans, who would serve as the initial foundation of the viewing audience, awaiting the show. Laurel was a middle name distinction devised to separate mother Dinah from daughter Dinah, but even daughter has been known primarily as Dinah Lance throughout her existence. Despite justified narrative reason for the younger Lance to go by her middle name in this adaptation, it still set many uneasy.

There was excitement of the character’s involvement in the show, as the hero Black Canary is as much a part of the Green Arrow mythos (aside from her own) as his infamous boxing glove arrows. Yet, that began to wither as details came out: Laurel was a lawyer who worked for the cloyingly-named CNRI non-profit organization and would not, at least initially, be a costumed hero. In fact, it wasn’t clear that she would ever put on a mask in this take, though they left open the possibility that her journey could — could — lead her down that path at some point. She would still be a love interest of Oliver’s but now serve as a point in a triangle between Oliver and newly realized best friend Tommy Merlyn. When the pilot aired, it reinforced all of these issues, and many weren’t happy.

A writers’ summit needs to be held and something dreadfully needs to be done about Laurel. She needs her own arc(s), goals, and identity outside of being a romantic interest. The character is getting lost in the shuffle and Katie Cassidy appears game for much more than they are giving her to do.”
– Matt Tucker, “Vendetta,” S1, EP8

Surprise, surprise—it’s another story where Laurel is irrelevant and Katie Cassidy is underused.”
– Derek B. Gayle, “Year’s End,” S1, EP9

Going in to the show, I really wanted Laurel to be my favorite, but she has been stuck too far in the background…” – Stephanie Hall
“…Cassidy is wasted in a role poorly written, for the most part, so far.” – Matt
“…blandness through-and-through.” – Derek
Team GATV Roundtable: So How Good is Arrow, Part 1

…frankly, I don’t see much doing for Laurel for the rest of the season. She’ll be included but I don’t see anything substantial for the character for the rest of the year.” – Matt
“…enough meat to chew from all the bigger players doing their things that Laurel’s problems play as kind of trite in comparison.” – Derek
Team GATV Roundtable: Looking Ahead to Arrow Season 1’s Second Half

I don’t know if Laurel is boring or Katie is just bored, but half the time she’s on screen I’m just pretty apathetic.” – Craig Byrne
“Part of the problem for Laurel is that any decent storylines for her have gotten shot down.” – Derek
“She has a long way to go before she makes me believe she would rock the fishnets.” – Stephanie
Team GATV Roundtable: Looking Back at Season 1

The way I look at it is we want to care about Helena Bertinelli and Dinah Laurel Lance, two big characters in the DCU, and what we’re getting isn’t doing them justice.”
– Matt, Team GATV Roundtable: Looking Back at Season 1, Page 2 of 2

…she needs some attitude or warmth or something to give her a distinguishable personality. To me she’s come off as flat … Katie Cassidy has a great personality that I wish would shine through … I kind of wished they had explored Laurel as a lawyer more because she was in that way fighting crime and I loved that idea, but it was so minimally shown that the sentiment was lost.”
– Stephanie, Team GATV Roundtable: Looking Forward to Season 2, Part One

…it also demotes Laurel back to irrelevant love interest status, which has been her big problem from the get-go.”
– Derek, “Betrayal,” S1, EP13

…but in a certain sense they’ve robbed Laurel of one of her main character motivations. As she’s but a sketch at this point, it’s hard to see how this does any favors.”
– Matt, “Salvation,” S1, EP18

…Cassidy is plenty of fun as the younger, unscarred Laurel, though it’s a little unnerving that she seems more natural here than in her baggage-heavy adult form.”
– Derek, “The Undertaking,” S1, EP21

…there just isn’t that inimitable spark between Stephen Amell’s Oliver and Katie Cassidy’s Laurel that makes this pair memorable together or draws the audience in to care about … it just doesn’t sweep one off of their feet.”
– Matt, “Darkness on the Edge of Town,” S1, EP22

The above comments were taken from our own discussions and reviews here at GreenArrowTV, demonstrating that we fell down on the side of the disappointed as well. Of all the things the show seemed to be doing well — particularly once it hit its stride in the second half of that first season — Laurel seemed to be its glaring miscalculation. So often, the female lead on a male-driven superhero series tends to not be written well, an unfortunate trend that Arrow appeared to be continuing. It’s not entirely clear why, but they too often become plot devices rather than fully-fleshed characters. Smallville‘s Lana Lang is a perfect, and lamentable, example. 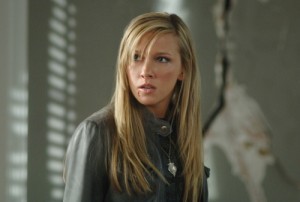 What made us even more flummoxed was that they’d cast Katie Cassidy in the role, an actor who had shown wit, presence, and fire in previous roles, but were giving her relatively little to do. Whatever your thoughts on the series themselves, revisit some of her past work on Supernatural, the rebooted Melrose Place, and Gossip Girl, and you can see why she was given the part. Yet, here she was reduced to being a ball of yarn tossed between two friends by the end of the first season. It was unflattering for the actress and ill-fitting of the character. The juiciest storyline of the season for her, the return of her years-gone mother on an errant quest to find then-thought-dead-but-maybe-alive sister Sara, failed to hit for whatever reasons. Many began to write the character off.

At the start of the second season, major course correction seemed to be afoot. They’d hadn’t taken much advantage of the career they’d given Laurel in the first season — social-crusading defense lawyer should’ve sparked far more story elements than it did — so the fact that she was now with the District Attorney’s office and hunting down the hooded vigilante offered tremendous grist for the mill. Sure, it was a bit baffling having a defense attorney switch sides to prosecution, but it felt like proactive movement of the character amidst a very reactive period. And then, three episodes in, that story was done.

Laurel was lost to the wind and shuffle again, resurfacing in a plausibly based yet ham-fistedly executed addiction storyline at midseason. It was clear there was a decided effort to tear Laurel down, to even make the character unlikable, and eventually bottom out so that she could rebuild herself. The concept is solid, but with the season rightfully so focused on the Oliver and Slade story arc, the knee-jerk actions of this plotline popping through failed to delivery a poignancy that would endear people to the change coming out of it. A well-developed character who the audience is attached to and cares for are also necessary to make such an arc work. As Laurel wasn’t, this seemed to alienate people even further.

This is where it began to change for me, where realization hit.

While they were initially coy about her heroic destiny, showrunners Marc Guggenheim, Andrew Kreisberg, and Greg Berlanti, have always championed that Laurel’s story was a journey. What seems to confuse a lot of people is that, while present-day Oliver Queen is five years into his “origin” at the start of the series, Laurel is at the beginning. Even an experienced Oliver has gone through quite a bit of change in the years since his “five years in hell.” Laurel is but into year three of her own transformation.

Yes, the point must be conceded that Laurel’s journey hasn’t been an elegant one so far. Sadly, though there were good intentions, that inelegance has too often not been by design. A journey can be an ugly one, but if it’s due more to poor handling rather than the trials of the journey itself, it’s very easy to see why many just don’t have it in them to devote time to Laurel’s path any longer. We’ve certainly spent our time, as best we can, holding the writers accountable.

The irony to me, here, is that it’s just at the time when the inadequacies are being addressed properly that the goodwill seems to have been burned up. 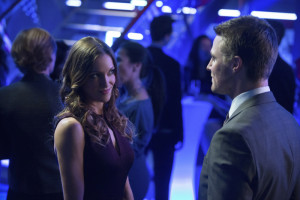 What I came to like about Laurel in the latter part of Season 2 came from her reaction to Slade telling her the truth about Oliver. Even more so, her realization that the Canary figure that had now been fighting at the Arrow’s side was her very own sister. Slade’s intention was to drive a further wedge into the personal relationships in Oliver’s world, part of his plan to tear down every aspect of his life as perceived penance for costing Shado her life. Instead, Laurel became fiercely protective of both. She saw the struggles that both were contending with and felt pride in them.

What’s more is that, even with all issues they had between them, Laurel saw in Oliver and Sara an inspiration that helped lift her from the place she was in. This wasn’t a cure-all salve, though, and one of the things I’m happy they continued into Season 3 is that Laurel is still going to meetings for her addiction. She’s still in recovery. One of the cruelest twists of addiction, as well as mental illness, is the misguided belief that you can be cured and move on with your life. Treatment and recovery is an ongoing process, and it was good that they didn’t just dismiss that from her life just because she was in on Team Arrow’s secrets now.