Deadshot vs. Deadshot, Squad vs. Squad 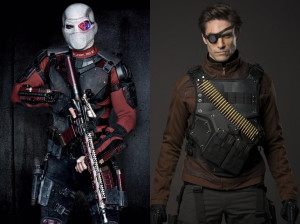 Sunday evening, director David Ayer, the man helming the new Suicide Squad movie, took to Twitter to reveal the film’s version of Floyd Lawton, aka Deadshot, in full uniform. The assassin and frequent leader of the squad known as Task Force X is played in the film by screen superstar Will Smith.

Below, a comparison of the many faces of Deadshot, featuring Smith’s version alongside Arrow fan fave Michael Rowe. Also included are versions from the Batman: Arkham video game series and Lawton as featured on Smallville, played by Bradley Stryker.

Earlier in the day, Ayer released a promotional photo of the entire Suicide Squad in costume sans Jared Leto’s Joker. Our first official look at the controversial take on that iconic character came a little more than a week ago. It’s safe to say that standout Margot Robbie as the Joker’s main squeeze, Harley Quinn, might stir just as much debate.

In addition to Leto, Robbie, and Smith, the cast features Adam Beach as Slipknot/Christopher Weiss; Jai Courtney as [Captain] Boomerang/Digger Harkness; Karen Fukuhara, who was believed to be Plastique but has been revealed to be Katana/Tatsu Yamashiro; Cara Delevingne as Enchantress/June Moon; Joel Kinnaman as Rick Flag; Adewale Akinnuoye-Agbaje as Killer Croc/Waylon Jones; and Jay Hernandez as El Diablo/Chato Santana.

Harley Quinn appeared in cameo, credited as “Deranged Squad Female,” but neither showed her face nor participated in any Squad mission.

In the gallery, you can also compare the film’s version of the Squad with Arrow‘s, as well as with the members of the Smallville iteration, the first to appear in live-action.

Set photo of Will Smith as Deadshot courtesy of JustJared.

The Many Faces of Deadshot 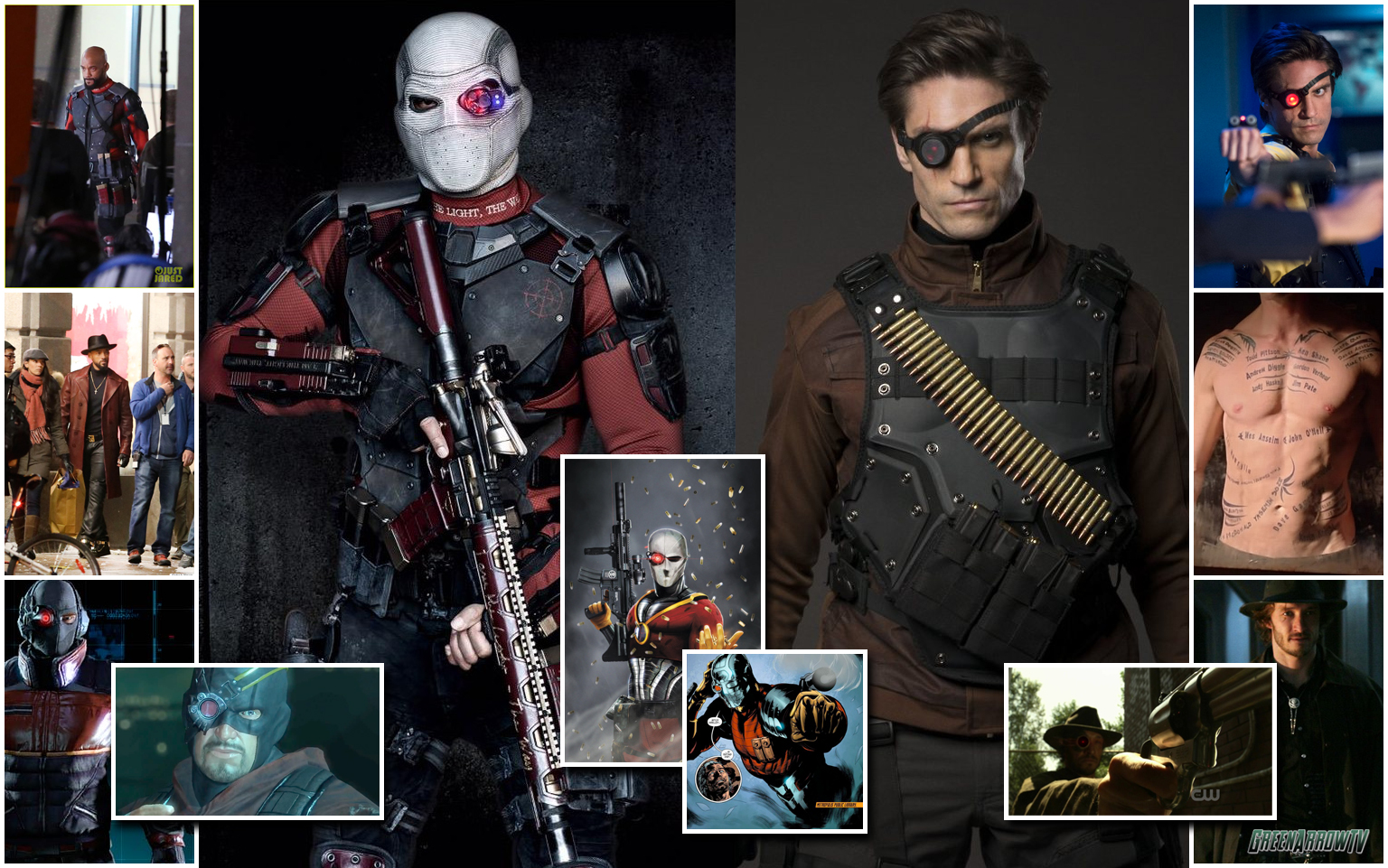