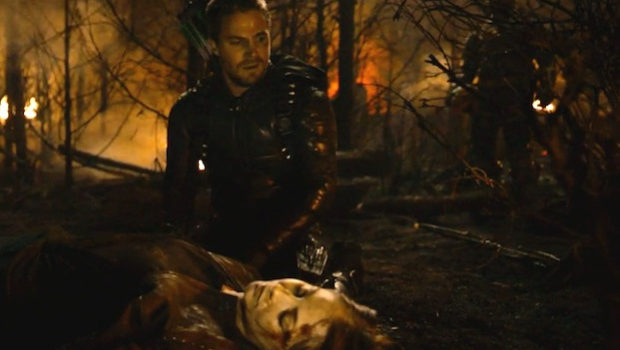 Now that the Arrow Season 6 premiere has begun and we’ve learned the fate of the now-comatose Thea Queen as played by Willa Holland, many have been wondering the nature of Holland’s current contract; as many will recall, Willa did not appear in all of the Arrow Season 5 episodes, and it seems that will be the case again this year when her character comes out of the coma.

TV Line asked Arrow Executive Producer Marc Guggenheim about Willa’s contract and were told that she is “on a similar deal as she was last year.” No exact number of episodes has been revealed, but it means that we’ll hold out hope that “Speedy” will return — hopefully and ideally around the time Colton Haynes (Roy) pays a visit.

It does not sound as though Willa Holland has filmed much for Season 6 so far beyond the premiere. In any event… Thea (and Willa), we miss you!