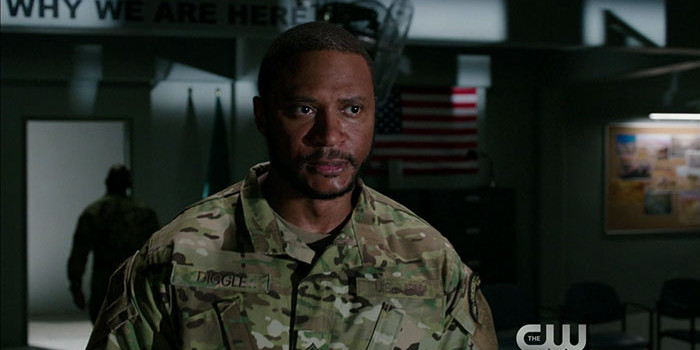 The CW has released a new video featuring David Ramsey (John Diggle) talking about the big changes for Team Arrow as the show goes into Season 5.

“We’re all kind of in disarray at the end of Season 4, beginning of Season 5,” Ramsey says. “Diggle’s on assignment; Thea has left the team, and it just boils down now to Oliver and Felicity.”

David also talks about the not-so-good job Oliver aka “Mayor Handsome” is doing at running Star City. “Can you be an absentee mayor — is that possible? How is he doing double duty? That’s the stuff they’re going to be dealing with,” Ramsey teases.

Finally, he also talks about the notion of being Mayor Diggle. “No. I’m just going to say no to that,” Ramsey says. (Fans of Blue Bloods, however, have seen David Ramsey as that show’s mayor!) You can watch the video below; Arrow Season 5 premieres Wednesday, October 5 on The CW!

(Oh, as a bonus: Some new clips from the season premiere are within this video!)