Arrow Season 2: The Title Of The Second Episode Is… 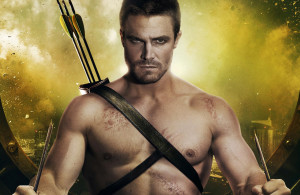 At the Arrow panel at Comic-Con International in San Diego, the title for the Season 2 premiere, which airs October 9, was revealed: It’s called “City Of Heroes.”

GreenArrowTV can exclusively reveal that title first — the episode is called “Identity.”

We’ll be updating the Arrow Spoilers Page shortly to reflect this. What do you think it’ll be about? Come by our forum and speculate!