On our recent visit to the Vancouver studio of The CW television series Arrow, we were able to preview the new SCPD (Star City Police Department) sets which made their debut in the season’s seventh episode “Thanksgiving.”

While there, we asked Juliana Harkavy (Dinah Drake) what she thought of the set where she will likely be spending a lot of time in the show’s near future.

“It’s been great, because I feel like Dinah has kind of climbed the ranks and so now she’s in this space physically that feels that way too, and it’s just a big upgrade from the station from last year,” Harkavy said. “She runs it, so it’s been great, because it’s helped solidify her character and it’s helped me kind of feel just like more at home in that role at SCPD.”

You can watch video of Harkavy’s answer below; underneath that take a look at some photos we took while visiting the new SCPD set. 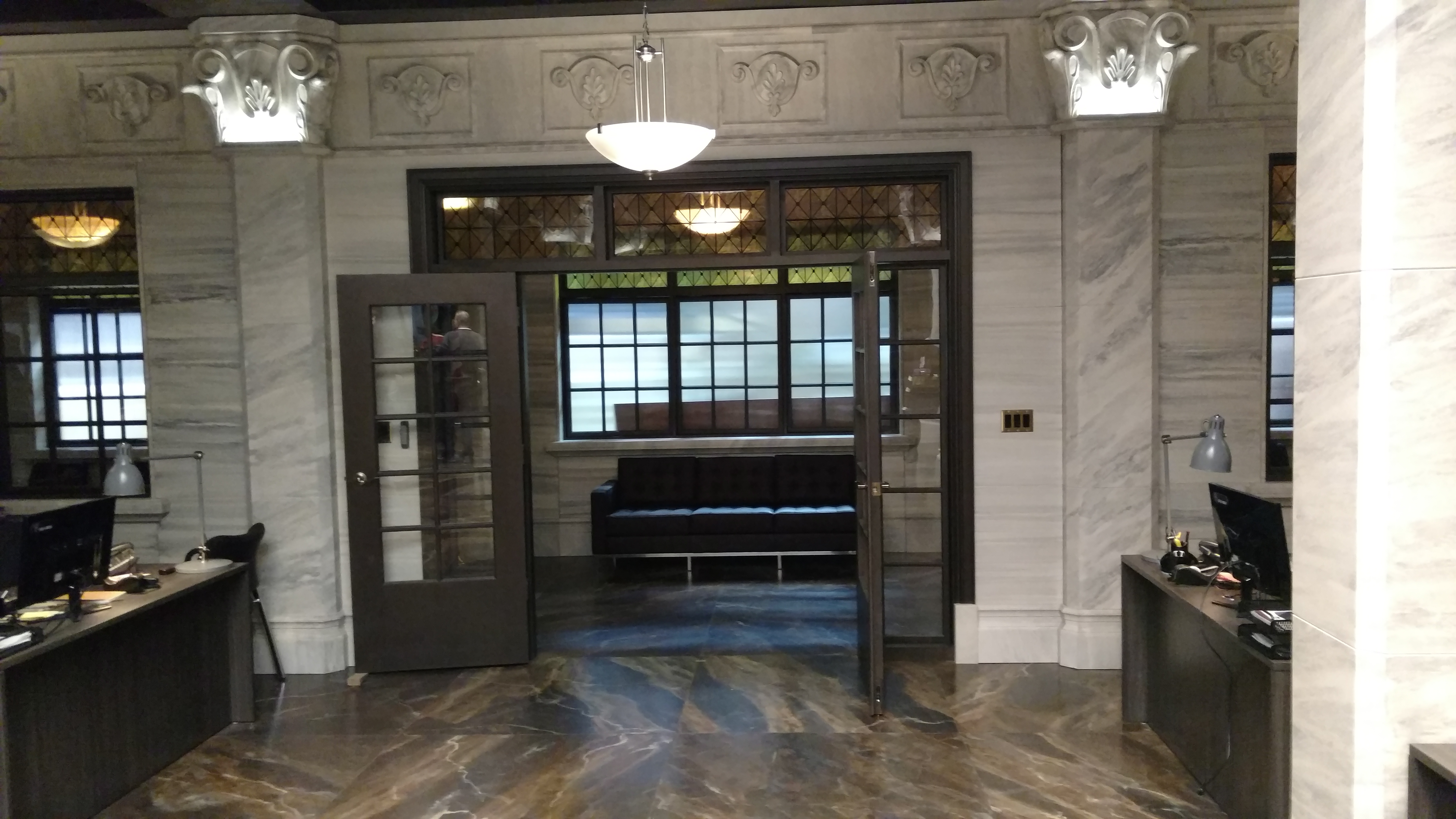 ◄ Back
Next ►
Picture 1 of 3
About author