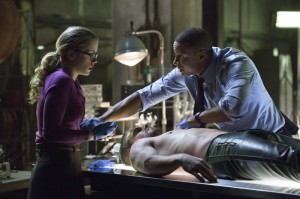 So, were they telling the truth that “Betrayal” would have a huge cliffhanger? Did you like the episode? Come by our Arrow forum for “Betrayal” and talk about what you thought.

That would be “The Odyssey.”

Spoilers can be found on GATV’s Arrow Spoilers Page, and if you didn’t see the trailer for the episode at the end of tonight’s show, you’re in luck. Now updated with an EXTENDED trailer thanks to xLuvDamonx!

Here are some promo images, where we just noticed something… Oliver’s got his Arrow gear on. In front of Felicity. Now, it’s quite possible something about that came out in “Betrayal” – we wouldn’t know because being in California, we don’t see it for another few hours… but it could also signify a spoiler. Anyhow, here are those pics: 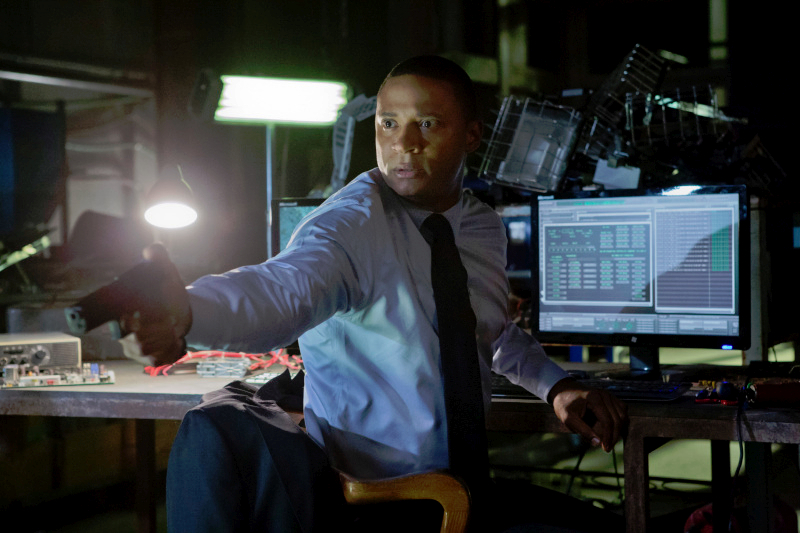