The official description was not enough… now The CW has already released some preview images for the April 26 return episode of Arrow, titled “Dangerous Liaisons!”

You can see the new photos below. There are some pics in this gallery that some people have been waiting all season for! If you missed the description, though, here it is again:

THE SEARCH FOR CHASE INTENSIFIES — Oliver (Stephen Amell), Team Arrow, ARGUS and the SCPD kick off a citywide manhunt for Adrian Chase (Josh Segurra). Helix tells Felicity (Emily Bett Rickards) they have a way to find Chase but they will need something big, and illegal, from her in return. Joel Novoa directed the episode written by Speed Weed & Elizabeth Kim (#519). Original airdate 4/26/2017. 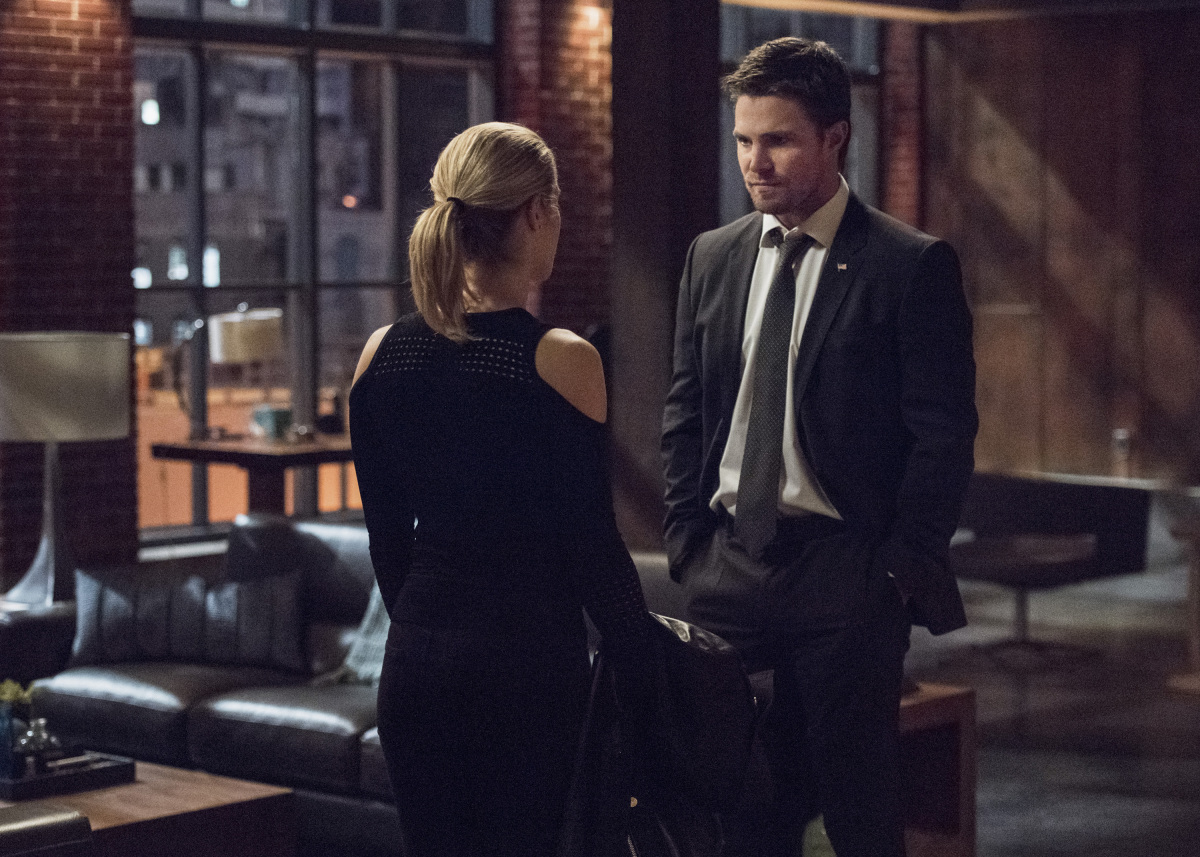