2017 GreenArrowTV Awards: The Results Are In!

It’s that time of year again to announce the winners of the annual GreenArrowTV Awards, honoring the best and not-so-best of Arrow Season 5. 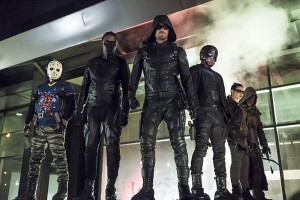 Season 5 of Arrow might have inspired many of the most mixed responses — many considered the season to be a “return to form” for the series; others were waiting for certain characters to start interacting again. Our summer roundtable is a good example of those varied opinions; the results in this year’s Awards also reflect that.

Voting is, as always, by the fans, picking their favorites or least favorites. Voting is limited to one vote per IP, so to our knowledge that keeps the Awards from being “fixed,” and every winner is won fair and square. Sometimes it’s because a fan base cares enough to mobilize the vote – but as far as we are aware and are concerned, the results are always accurate.