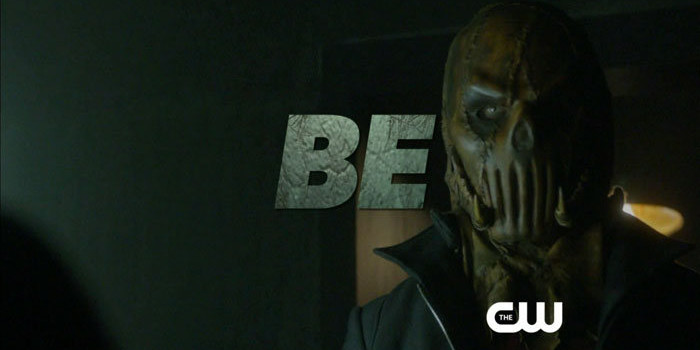 Who Was That Guy In The Mask At The End Of Tonight’s Arrow? 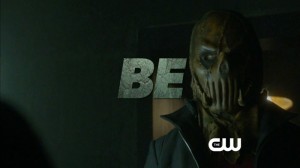 If you’re not familiar with DC Comics, or may be wondering what Sebastian Blood is doing running around with a mask on, here’s the 411 on what was going on at the end of this week’s episode of Arrow. 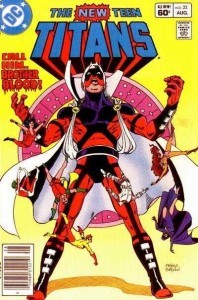 No, it wasn’t the Scarecrow. Instead… it is Brother Blood. (Funny, he can’t do a good job of hiding his real name. It’s like having a kid named Victor Von Doom who grows up to be a doctor, right?) From what we can tell from a comics wiki, Sebastian Blood is the latest in a family line that can get great strength from bathing in enemies’ blood.

Like Arrow’s Sebastian, the comic book version of the character (who first appeared in New Teen Titans comics by George Perez and Marv Wolfman) is a leader; in comics he’s not an alderman but more of a cult leader type. However, this masked guy does seem to have a cult of his own, doesn’t he? In the comics, he is also a master manipulator, and it is seen on Arrow that Sebastian Blood, too, can use his power to manipulate others.

We’ll surely be seeing more of him as Season 2 goes on.