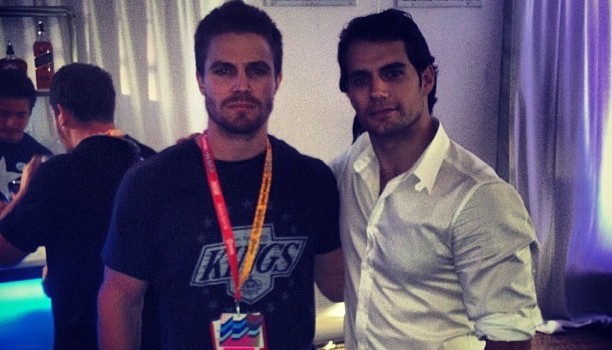 If you aren’t following Stephen Amell on Twitter already at @amellywood, you should, because he was tweeting up a storm from this weekend’s Comic-Con. Almost always clad in a DC Comics shirt, Amell even found himself in a Batmobile or two, and made fan-people jealous across the globe when he snapped a picture with Doctor Who Matt Smith.

Another famous face Amell caught up with was Henry Cavill, who will be playing Superman in next year’s The Man Of Steel. With success, this probably won’t be the last time these DC super-heroes will team up in San Diego.

Here’s a picture Stephen took, courtesy of his Twitter feed: 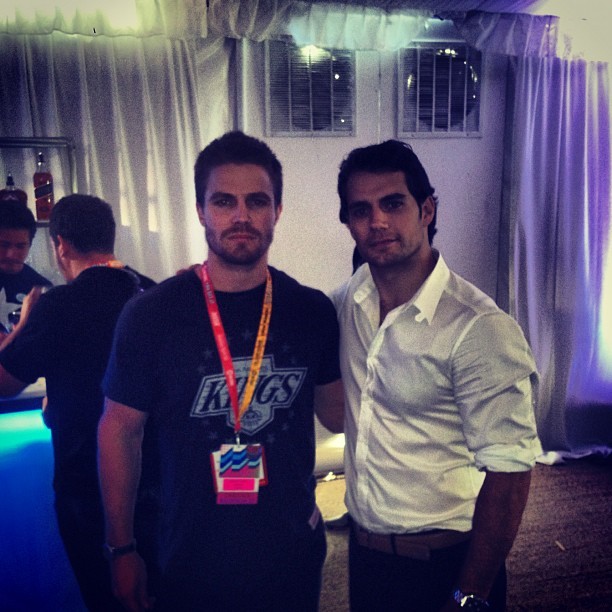