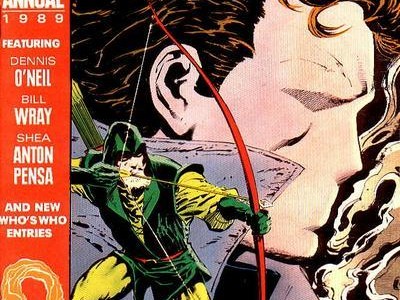 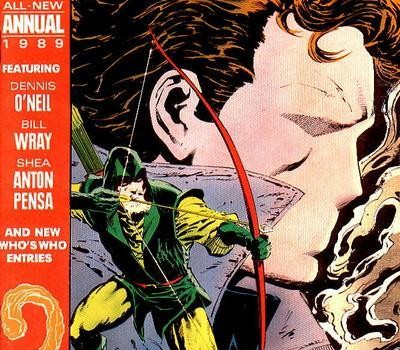 The Question Or Nightwing On Arrow? Marc Guggenheim Speaks At Wondercon 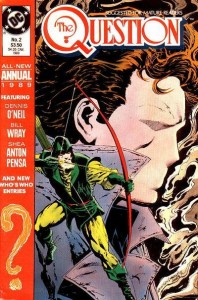 Shortly before the Arrow panel at this year’s Wondercon convention in Anaheim, California, the visiting cast members plus Arrow Executive Producer Marc Guggenheim did interview roundtables with several media outlets including GreenArrowTV.

In the press room, Guggenheim covered several Arrow topics, but what we’re sharing today will be what he had to say about the possibility of two very popular DC Comics characters showing up on Arrow — more specifically, The Question and Nightwing. So, what’s the scoop? Could they show up?

“The Question is definitely on my list of DC characters that I just happen to love personally, but also who would fit very much into the voice of the show,” Guggenheim says. “One thing we’ve talked about for Season 2 is getting Oliver out of Starling City, and having him travel around a little bit more. Certainly going to Hub City would be a fun thing to do,” he suggests.

“The trick, for us, is evolving the show to include these ‘other comic book characters’ in a way that feels organic to the show, and not let the cart drag the horse, but we’ve talked a lot about The Question,” he says. “I think it was a lot of fun to have The Huntress on the show this year. As with all things on the show, it really starts with the story first, and if we can come up with a great story, then we’ll absolutely do The Question. And that is assuming he’s available to us. I never want to assume that we’ll be able to use a given DC character, but everyone at DC has been really wonderful about giving us access to the toy chest.” 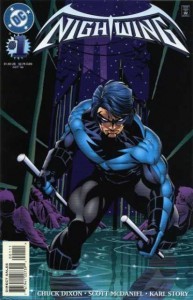 Another character that seems to come up at every fan Q&A for the series is Nightwing, the former Robin who grows up and becomes a great hero himself. Is there any possibility there? “We do talk a lot about Nightwing, but at the same time, it is up to DC as to when they’re going to make the Bat-characters available,” Guggenheim says. “I think they need to figure out some Justice League stuff [and] some Batman movie stuff. But the two nice things are, is that hopefully the show will have a nice longevity, and also everyone at DC has been incredibly collaborative and supportive. They come at it from the same philosophy that we all do. They want to see it happen. It’s a match made of corporate assets. I would say stay tuned. If that character ever becomes available to us, we would be very willing participants,” he says.

A new episode of Arrow is on Wednesday night, April 3 at 8PM (ET) on The CW. Take a look at some images from the episode here!