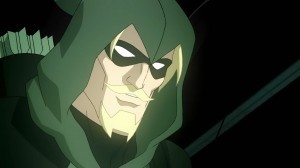 And now some of the mysteries are solved!

Via casting breakdowns, GreenArrowTV has learned a little bit about some of the characters we’ll be seeing in The CW’s pilot Arrow.

Here are some of the characters we have to look forward to (subject to change):

Disclaimer: It is not the intention of GreenArrowTV to ruin any secrecy regarding this project, but instead to get people excited and interested in more. In other words, DC or WB – hopefully this a good thing rather than a nuisance, although if there is a takedown request, please contact us and it will be respected.

Oliver Queen – It’s pretty obvious this would be the name of the main character, right? It sounds like he was believed dead for a few years before making a return home.

At some point Oliver is kidnapped and cuffed to a chair but gets himself loose.

The Arrow wears a green body armor that is “so dark it’s virtually black.” He has a bow and arrow, of course. He may have a mask covering the lower half of his face, distorting his voice. The costume also has a hood.

It sounds like this version of Oliver Queen is at least 25, and he is written very much like the Green Arrow was in his better Smallville appearances.

It also seems that we will see flashbacks to his time on the island and how he got there, and what led him to becoming a good guy.

Dinah “Laurel” Lance – Dinah’s using her middle name here. She and Oliver have not seen each other in five years, before his return to the city. “Laurel” went to law school. It doesn’t appear that she is the Black Canary (yet). She works with a firm called the City Necessary Resources Initiative.

Tommy was Oliver’s best friend before he disappeared for several years. He sounds like a bit of a frat boy. He notices Oliver has changed a lot in his years away. The character himself might have a tie to a Green Arrow foe from the comics. Tommy tells Oliver about what his funeral was like a few years earlier.

Sara – Back on the boat, Oliver had a history with a character named Sara, and that history may be the reason Laurel is not happy to see him when he returns to town. In fact, she’s downright angry.

Thea – A young relative of Oliver’s, around 18. He teasingly calls her “Speedy.”

Moira Queen – Oliver’s mom is still alive as of the pilot, but his father was killed on the boat, in the incident that originally sent Oliver to the island. In the years since, she has remarried a man named Walter who doesn’t understand Oliver’s sudden interest in the company, Queen Consolidated.

The city seems to be called “Starling City” rather than “Star City.”

How does it sound, so far?

UPDATE: More details about the characters being cast for Arrow have now surfaced! Check them out here!

What do you think? Come talk about the Green Arrow pilot Arrow on our forum!