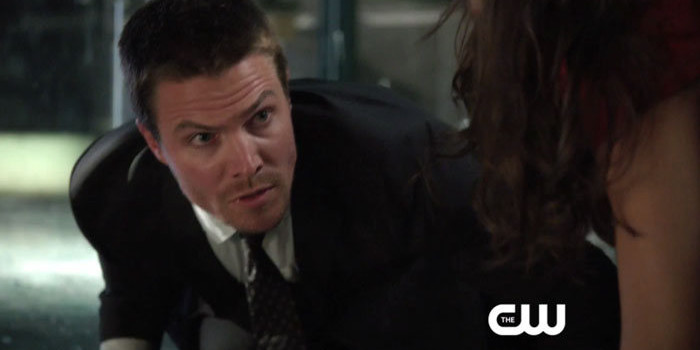 The CW Schedules A “Year One” Arrow Special For October 2 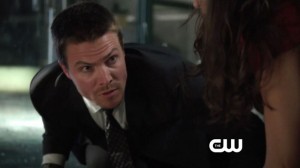 We don’t completely know what it will entail, but apparently an Arrow special titled “Year One” will air October 2, one week before the season premiere.

It sounds like that might be a recap show covering the entire first season, getting people set up for what will surely be an awesome Season 2.

UPDATE: And now The CW has confirmed it! Here are details:

A LOOK BACK THE FIRST SEASON WITH AN EXCLUSIVE LOOK AT SEASON TWO — This one-hour special gives fans a chance to catch up on the incredible events that led billionaire Oliver Queen (Stephen Amell) to secretly create the persona of Arrow.   Five years after being lost at sea, Oliver returns to Starling City to carry out his father’s dying wish: take down the corrupt elite who have failed his city.  The special follows Oliver as he delivers vigilante justice and discovers that the real threat to his city is far greater than he ever imagined.  An exclusive first look at season two is included.   The special also stars Katie Cassidy, Colin Donnell, David Ramsey, Willa Holland, Emily Bett Rickards, Colton Haynes, Manu Bennett, Susanna Thompson and Paul Blackthorne.