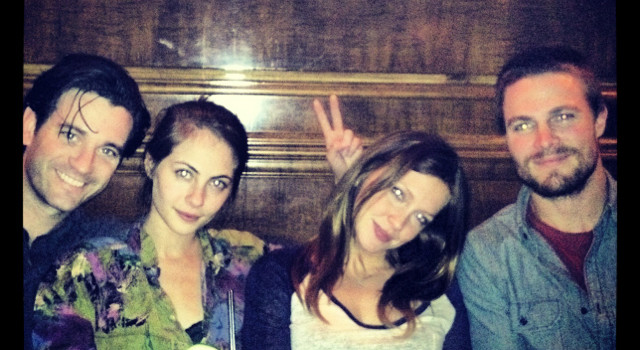 The Cast Of Arrow Hits The Town (With Pictures!) 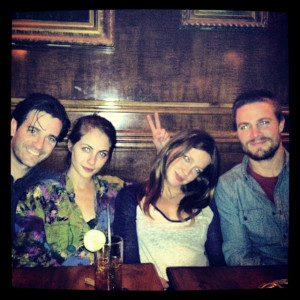 The CW’s Arrow pilot begins filming in a week, and the cast has already assembled in Vancouver to prepare for the shoot.

They’ve also taken some time to do some cast bonding, as Stephen Amell, Colin Donnell, Willa Holland, and Katie Cassidy all spent time hanging out and tweeting photos tonight.

To the left you can find Stephen’s picture, which he tweeted here (all rights to the picture, obviously, belong to Mr. Amell, and they are NOT the property of GreenArrowTV.)

Is everyone else in agreement that Stephen Amell needs to keep the goatee because it makes him look VERY much like Green Arrow?