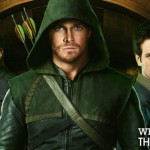 In a new video posted today by MTV, Stephen Amell talks about the costume he’ll be wearing on Arrow, the training that he underwent to perfect himself as Oliver Queen, and the action that we’ll be seeing within.

He also is directly asked about Smallville and the portrayal of Oliver Queen on that show by Justin Hartley. Amell mentions that he and Hartley are friends and says that both projects are quite different. “I think that when you see the pilot, other than in name, the characters really don’t have anything in common,” he said. “It’s very different and people will get that after about two minutes of the show.”

Here’s the video, easily embedded thanks to MTV: