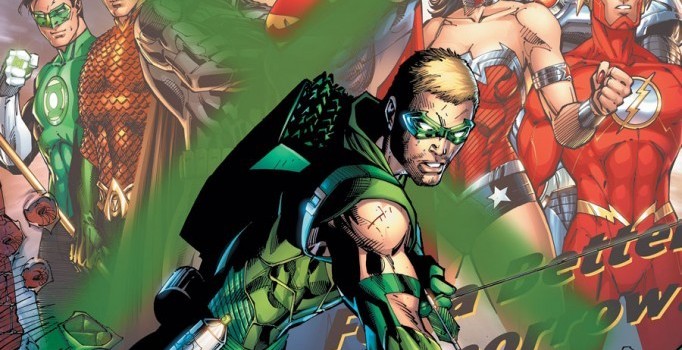 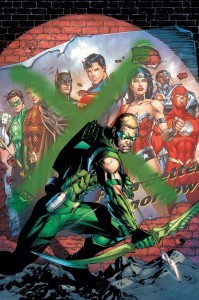 While Fandango didn’t seem to know how to spell Stephen Amell’s name properly, they did get some cool quotes from our favorite emerald archer – including some talk about DC/WB’s eventual Justice League film (quotes that apparently have been blown out of proportion). Could we see the Arrow among the world’s greatest super-heroes?

“All we have to do for something like that to happen, or even be a possibility, is continue to take care of business with our show and then we put ourselves in a position – but the important thing is our show,” Stephen told Fandango, and they claim the implication that there have “definitely been talks at a studio level.” (This implication is false – see below)

Do you want to see Stephen Amell in a Justice League film? Leave some comments below!

UPDATE: Stephen Amell has taken to his Facebook page to assure that, as we had suspected, there have been no “studio level” discussions about appearing in a Justice League movie. Here are his words, reproduced without permission so please don’t kill us, Stephen! And some editorializing from our end: “Having discussions” could be as deep as “hey, wouldn’t it be cool if–!” over a dinner table with friends. Either way, here are Stephen’s words, as only he can truly speak for Stephen Amell:

Something I need to get off of my chest.

When I do press, I try and be open, honest and thoughtful. That being said… I find it incredibly discouraging to see a headline like the ones I’ve been seeing this morning. Headlines that aren’t just a stretch, they’re totally fabricated. At no point, have I had “studio level” discussions about any feature films at Warner Bros.

In this particular instance, when I read articles that take a pretty straightforward answer and slap a title on it that has little to no correlation to what I’ve actually said, it makes it seem as though I’m disrespecting my current position. Which is bullshit. And why would I do that? I mean… I’m not the smartest dude in the world. (After all… I picked a career in acting.) But would I really just casually subvert a process cloaked in secrecy? A process – by the way – being run by the company who currently employs me. C’MON!