During his recent appearance at a panel at the Motor City Comic Con, Stephen Amell was asked if Black Lightning will be a part of this year’s crossover, and whether or not the hero (played by Cress Williams on his own CW series) is on Earth-1 with the other heroes. 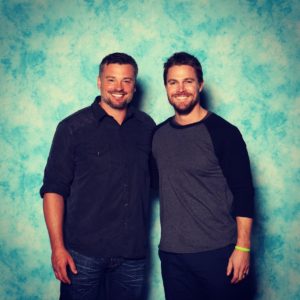 There is someone new that he’ll get to work with, at least. “I do know that in the crossover this year, I get to work with a major character that I have never worked with before,” he teased.

Dare we to hope that hero is Superman? We do know, at least, that Batwoman is a hero Oliver hasn’t met before that he’ll be working with.

Spoilers aside, when answering an unrelated question, Stephen did say that Superman is a character he’d like to see in the Arrowverse. 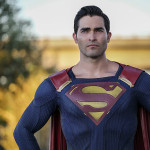 Arrow returns for Season 7 later this year, where the show will be airing Mondays at 9PM.