John Barrowman is back in the newest photos that The CW has released to promote the Arrow Season 8 premiere which is called “Starling City.”

The episode airs October 15 and it will feature several return appearances, including Susanna Thompson, Colin Donnell, and Josh Segarra… and now, apparently “Malcolm Merlyn” is part of that mix and very cozy with Moira!

One of the new photos was given a wide release by The CW; the other was released exclusively to IGN, hence the logo on the pic. You can see the new photos along with all of the other pictures released so far in the gallery below. 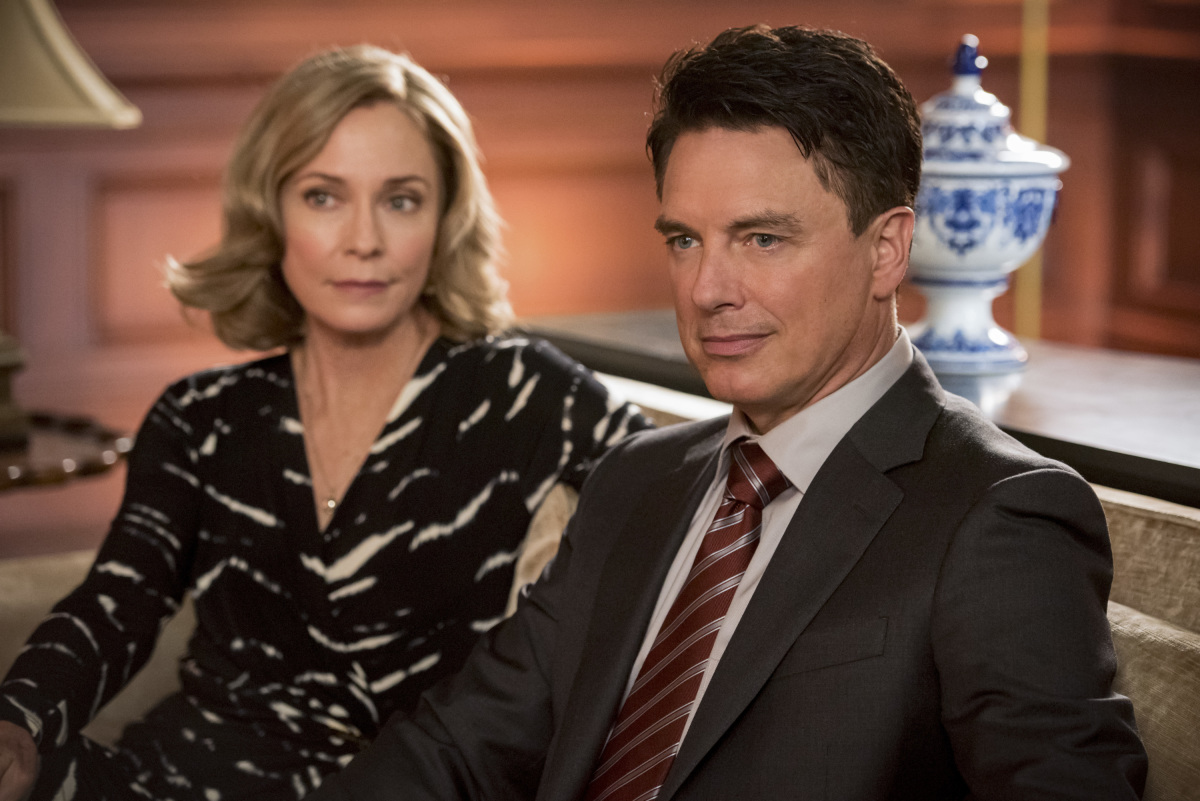