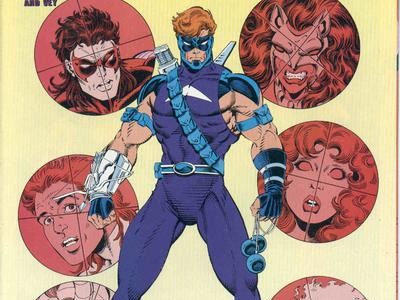 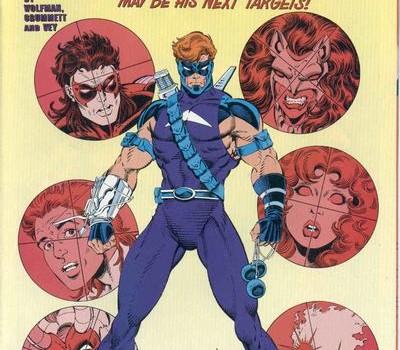 Since there had sometimes been confusion about the covers without any context, this year we’re going to describe the comic book covers that we are showing. The issue numbers on the comics will correspond to the number of days left before Season 5 begins. For example, there are 99 days left until Arrow Season 5, considering The CW has announced an October 5 premiere date. 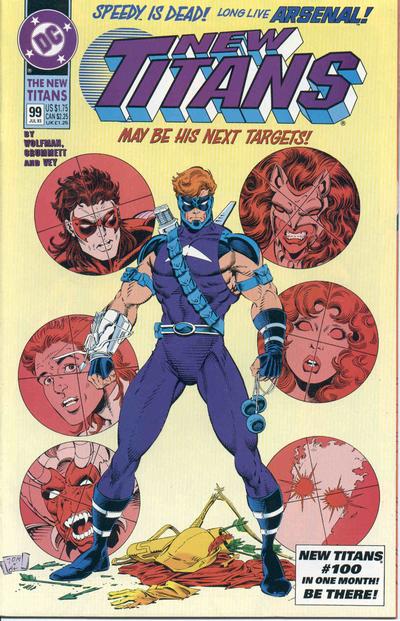 Roy Harper was “Speedy” for 50 years before someone decided to give him a better code name.

In 1993, Roy finally got one — the same name we knew for him on Arrow — “Arsenal.” Sure, his first costume made him look a bit too much like Hawkeye, but aside from a few years there as “Red Arrow” Arsenal is the name that has stuck. Other original Teen Titans including Robin (Nightwing), Wonder Girl (Troia), and Aqualad (Tempest) all got new names, too, at one time or another, so hey… it was only fair that Roy got a cooler name in the comic books.

And, hey, since the TNT Titans show failed… who wouldn’t want a CW Titans show with Colton Haynes’ Roy Harper as part of the team?

99 days are left to the Arrow season premiere – be sure to come back daily for more countdown posts! Past “Cover Countdown” posts can be found here.