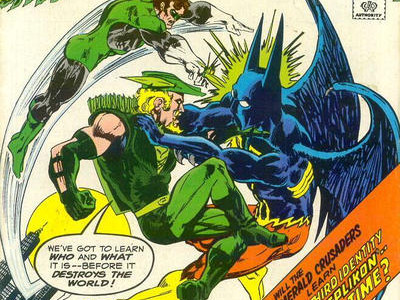 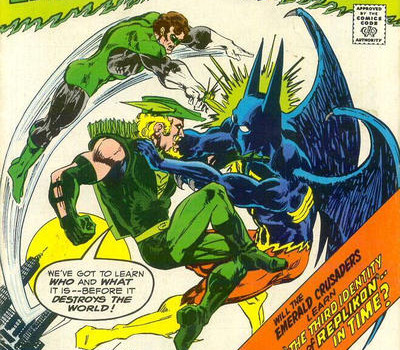 Since there had sometimes been confusion about the covers without any context, this year we’re going to describe the comic book covers that we are showing. The issue numbers on the comics will correspond to the number of days left before Season 5 begins. For example, there are 108 days left until Arrow Season 5, considering The CW just announced an October 5 premiere date. 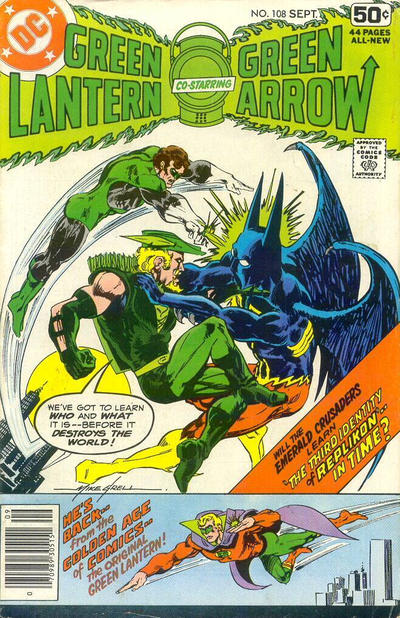 Green Lantern/Green Arrow began with issue #76 and ended around 15 issues later with some of the most critically-acclaimed comics of their time. Dennis O’Neil was the writer, Neal Adams drew it, and it was magic.

Green Lantern/Green Arrow came to an end with issue #89, but a few years later, with #90, the title was revived. This revival featured artwork by Mike Grell who would later have a legendary run on the Green Arrow character. This cover here is by Grell, and is not his best work when compared to the greatness that would come later.

Within time, Green Arrow would appear on Superfriends where even more fans would be exposed to the Emerald Archer. Green Lantern/Green Arrow, though, was one of the first times the character was brought to the spotlight.

108 days are left to the Arrow season premiere – be sure to come back daily for more countdown posts! Past “Cover Countdown” posts can be found here.