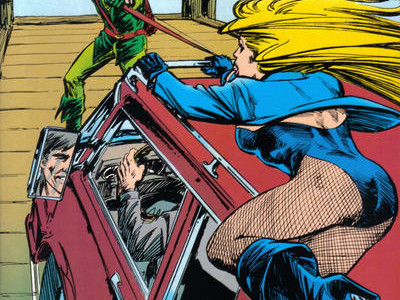 Unfortunately, we kind of fell out of the habit of posting these countdowns, with Comic-Con and the Television Critics Association press tour getting in the way. It’s our goal, now, to get back in the habit. The GreenArrowTV Awards will pick up again soon as well.

Since there had sometimes been confusion about the covers without any context, this year we’re going to describe the comic book covers that we are showing. The issue numbers on the comics will correspond to the number of days left before Season 5 begins. For example, there are 60 days left until Arrow Season 5, considering The CW has announced an October 5 premiere date. 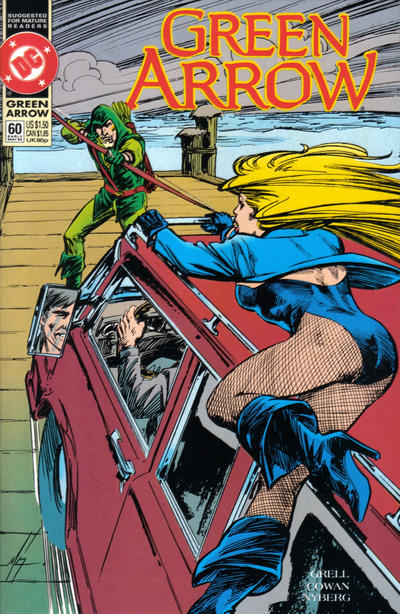 Green Arrow #60 came out in 1992, and while this cover by Mike Grell is very well done, it looks very much of its time. Green Arrow has his puffy-sleeved and hooded “Robin Hood” look from the Grell era and the Black Canary has on her old, very revealing look… and HIGH HEELS?!?! Some things have gotten better with time, costume wise, at least; Grell’s art here is, as always, top-notch.

60 days are left to the Arrow season premiere – be sure to come back daily for more countdown posts! Past “Cover Countdown” posts can be found here.