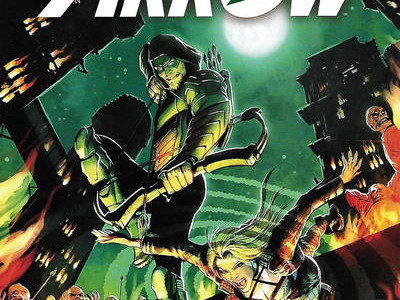 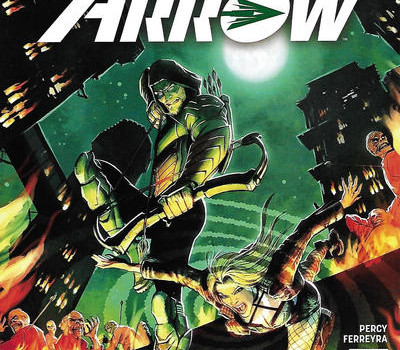 Since there had sometimes been confusion about the covers without any context — heaven forbid we get called “Lauriver shippers” if we dare to include a comic book cover that also includes the Black Canary — this year we’re going to describe the comic book covers that we are showing. The issue numbers on the comics will correspond to the number of days left before Season 5 begins. For example, there are 5 days left until Arrow Season 5, considering The CW has announced an October 5 premiere date. 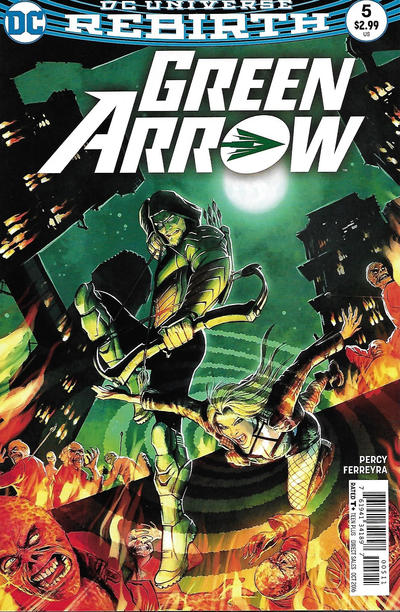 Don’t you wish at least one of the Arrowverse’s Canaries had fishnets? In any event, this very recent cover is another from the new Rebirth series from DC Comics which has taken things back to basics. As mentioned before, Green Arrow: Rebirth has been a great jumping on point for the new comic book series; many issues can be found here.

The next few covers in our countdown may take a little bit of a diversion… you’ll see what we mean tomorrow.

5 DAYS are left to the Arrow season premiere – be sure to come back daily for more countdown posts! Past “Cover Countdown” posts can be found here.