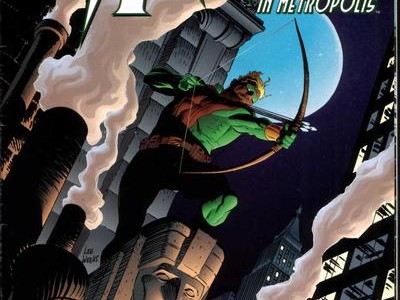 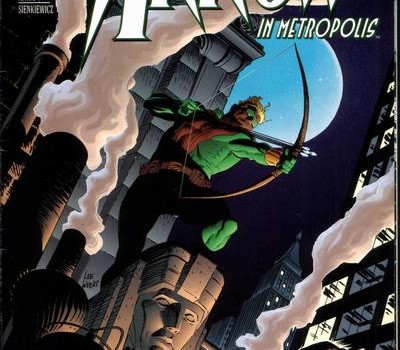 Since there had sometimes been confusion about the covers without any context, this year we’re going to describe the comic book covers that we are showing. The issue numbers on the comics will correspond to the number of days left before Season 5 begins. For example, there are 109 days left until Arrow Season 5, considering The CW just announced an October 5 premiere date. 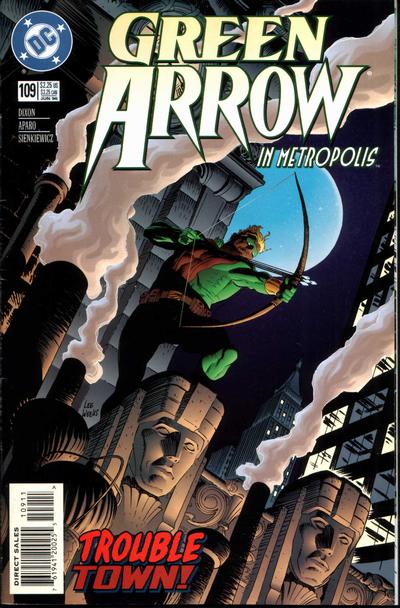 The cover to Green Arrow #109 is also from 1996, and it also features Connor Hawke, the son of Oliver Queen who replaced him for a period of time when the character was “dead.” (Clearly, he got better.) Connor Hawke appeared as the son of John Diggle in the Legends of Tomorrow episode “Star City 2046.” In the comics, he played a prominent role even after Oliver Queen’s resurrection, though the events of the past few years seem to have erased him from continuity.

This is a pretty cool cover, and the interiors are by Chuck Dixon, who had a long and very good run on the character. Drawing the issue is DC Comics legend Jim Aparo, best known for his work on Batman and The Brave and the Bold. And he’s in Metropolis! With Tyler Hoechlin playing Superman on Supergirl — could we see Metropolis again on The CW, maybe in an Arrow crossover? We’ll have to see!

109 days are left to the Arrow season premiere – be sure to come back daily for more countdown posts! Past “Cover Countdown” posts can be found here.