Every year on GreenArrowTV’s Twitter feed and Facebook page, we’d count down to the new season’s premiere with a classic Green Arrow-related comic book cover. After all, it was the comic books that inspired the TV series to begin with. We were hoping to do this daily, but kind of fell behind a bit.. sorry about that!

Since there had sometimes been confusion about the covers without any context, this year we’re going to describe the comic book covers that we are showing. The issue numbers on the comics will correspond to the number of days left before Season 5 begins. For example, there are 10 days left until Arrow Season 5, considering The CW has announced an October 5 premiere date. 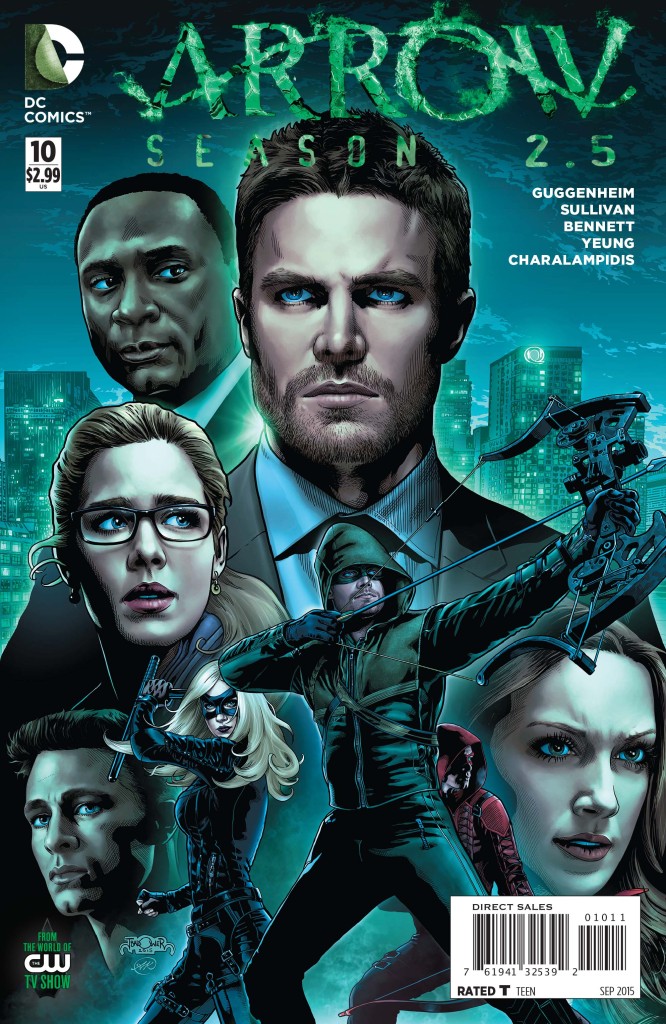 This cover by Jason Badower for the Arrow Season 2.5 comic book sums up so many great elements of what makes Arrow fantastic… it’s a shame that the comic did not employ more original cover artwork like this. Oliver as himself and the Arrow, Felicity, Diggle, Laurel, Roy… the only things that are missing here are Thea and Quentin. Such a fantastic piece.

10 days are left to the Arrow season premiere – be sure to come back daily for more countdown posts! Past “Cover Countdown” posts can be found here.