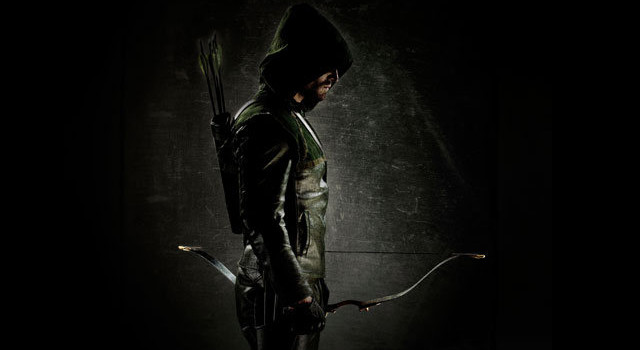 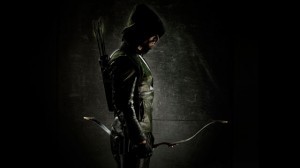 Writer and executive producer of Arrow, Andrew Kreisberg, has a large amount of impressive credits on his resume — The Vampire Diaries, Fringe,  Warehouse 13, Eli Stone, and Star Wars: The Clone Wars on the TV side, and Batman Confidential and Green Arrow/Black Canary on the comics side. He even worked in both genres at once, writing for the Justice League animated series, including the much-enjoyed Booster Gold episode “The Greatest Story Never Told.” Now he brings his keyboard over to Starling City by taking on comics’ most enduring master of the bow and arrow (sorry, Hawkeye, but it’s true) in a show that everyone will be talking about when October 10 comes along.

We spoke with Kreisberg at a roundtable discussion at this year’s Comic-Con International in San Diego, asking him about Arrow, Smallville connections, and even the still-in-development Booster Gold TV project for Syfy. Here’s what he had to say. 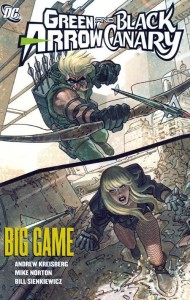 On the differences between the hero in Arrow and the character he wrote in Green Arrow/Black Canary comics: “Our take on the character in the TV show is a lot more grounded and realistic than he’s ever been portrayed, certainly in the comic. In the comic book, he really is part of the DC Universe, with the Justice League, and Superman, and Batman, and Count Vertigo and villains with super powers, and for the TV show, we’ve done away with a lot of that. The only vigilante, the only masked hero in the world is Oliver Queen. There are no aliens and there are no supervillains. It’s just a much more realistic take on the character.” 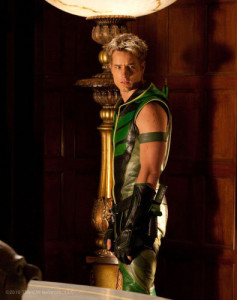 On separation between Arrow and Smallville – was it too soon, and was there a temptation to make a connection? “For us, we were starting from scratch the whole time. I think there was a lot of public speculation about it, moreso than it ever was on our part. That’s not to dismiss what they did on Smallville. I was a huge fan of Smallville, and I loved the show, and I certainly loved Justin’s take on the character. Our Oliver Queen, aside from him being a playboy shipwrecked on an island who came back with a mission of social justice… that’s about where it ends between the Justin version and Stephen’s version. One doesn’t obviate the other. Justin’s version is there for people to enjoy. But we wanted to do something where you can come to it clean, where you didn’t need the Smallville connection, and hopefully the people who enjoyed the character on Smallville will give us a chance. One of the great things about super heroes is that you can love the Michael Keaton version of Batman, you can love the Christian Bale version of Batman, and you can love the Adam West version. They’re all great, and one doesn’t obviate the other. So, hopefully people will tune in.” 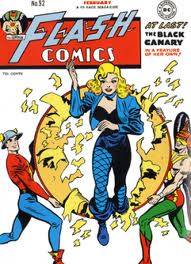 There’s a moment in the pilot where Laurel says that her father says to always stay within the law. Is this a reference to her mother? “No, it’s really… yes, I know what you’re saying… no. It’s really to help set up the dynamic of what the series is about, and exploring what it really means to be a vigilante, and setting her father up as the chief antagonist to Oliver. Every week, Oliver will be facing a bad guy, but the truth is, his real nemesis is Detective Lance, who’s trying to bring him into justice. And Detective Lance, who over the course of the series we’ll learn, has suffered some devastating emotional losses. He’s really thrown himself into his work, and the only way he can see to keep his sanity is to really believe in law and order, and somebody like the Arrow comes along who is operating outside the law, and whether he’s doing it for good or bad, it doesn’t jive with Lance’s worldview. His daughter is going to be caught in the middle, because she loves and respects her father, and she’s always believed in what he believed, but at the same time, she’s going to see this dark urban legend out there that’s actually doing a lot of good; the kind of good that she wants to be doing in her role as a legal aid attorney. The show is all about triangles, and not just love triangles. We always want somebody caught in the middle of a philosophical debate, so that’s where that line comes from.”

We didn’t get him on Smallville, but is there any chance we’ll see Bruce Wayne on Arrow? “I don’t see that happening any time soon. One of the great things about DC and the DC Universe, is that there are a lot of characters there, and we don’t want to do anything that’s going to outshine Oliver, because he really is the main focus. But what’s fun for us is that there are plenty of characters in the DC Universe who are huge fan favorites, and whether they were associated with Green Arrow or not, we’re looking forward to introducing them on the show. 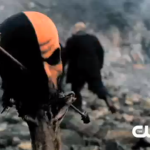 If you see the pilot, there’s an image early on that’s a fairly big indicator of where we’re going with one of the characters, and that individual will for sure be making an appearance.”

More character hints: “We have a couple of DC Comics villains in both the second and third episodes. In the second episode, [it’s] one you’ve never seen before outside of the comics, and then in the third, someone you have seen before, but you’re going to be seeing in a very different light.”

How far have the creators of Arrow planned ahead? “We have some sort of grand plans. Greg Berlanti, Marc Guggenheim, and I, we’ve done enough series now to know that it’s good to have a plan, even if you shy away from it at some point. But we have some grand plans for over-arching stories. We have this season pretty well mapped out, at least as far as the big signposts along the way. There’s the mid-season finale; there’s leading up to the season finale… One of the good things, I think, about this show, which we learned from the Dark Knight movies, is to put it all out there. We could always think of another story. I think fans will be excited to see that this series is not [holding back]. We pressed the pedal down on the pilot and we’re never taking it off. So, I think by the end of the season, I hope people will say ‘How are they doing to do this again next year’?”

Will the show be standalone or will there be continuing story arcs? “One of the things we’ve designed in the series, is that there are flashbacks in every episode, and they’re in chronological order. So, just having that will be giving all of the episodes a spine, and having that flashback story speak to the present day story. Again, we’re huge genre fans. Buffy is my favorite show of all time, and Doctor Who. So I worship at the altar of Joss Whedon and Steven Moffat. In the same way that both of them are so clever about making sure every episode is enjoyable on its own, but then giving you enough to connect the dots. It’s very important for us. We don’t throw plates in the air without having a way to catch them. So, hopefully as the series progresses, you’ll be able to look back, even in the pilot, and go ‘Oh my God! That’s why they did that!’ That’s certainly been our intention.” 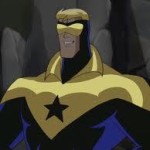 Is the Booster Gold TV pilot for Syfy still in play? “Yes! I’m actually turning that in next month. It was very cool; I got to meet Dan Jurgens last night, who created the character and the comic book, who I had never met before. So I spent a lot of time explaining to him what a fan I was, so he didn’t think I was some random gun for hire who was going to ruin his baby.” 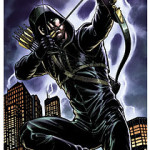 Beyond the Arrow comic that was given out at Comic-Con, are there more plans for comics to tie in to the series? “I hope so. I think in success. We’ve talked possibly about either having the character in the comics start to more closely resemble our take on the character, or maybe even having a comic book tie-in like they have with Smallville or Supernatural. We’re certainly open to everything. However much the fans want is however much we will give them.”

Our thanks to Andrew Kreisberg for the chat. You can read more Arrow content here at GreenArrowTV and you’re also all invited to come talk about the show on the KSiteTV Forum!