Report: Arrow/Flash Spinoff In The Works With Routh, Lotz & Others 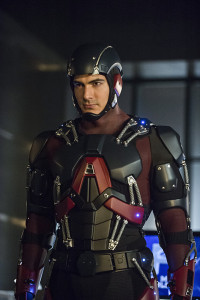 According to the site, The CW and the producers of Flash and Arrow are putting together a “superhero team-up show” that would star Brandon Routh’s Ray Palmer, Victor Garber’s Martin Stein, Wentworth Miller’s Captain Cold, and, weirdly, Caity Lotz, whose Sara Lance was killed on Arrow earlier this year. The project is said to also feature “three DC Comics characters who have never appeared in a live action TV series.”

The Deadline report also says this project could go right to series, possibly for midseason. Interestingly, considering that some of the producers and actors have shared this on social media, that could lend credence to this actually being a thing.

Thoughts? Excitement? Leave some comments below. And in other TV news, you did see the cool new Supergirl stuff to come out today, right?