Stephen Amell has tweeted another photo from Arrow Episode 100 filming. As we know, Episode 100 is part of a four-show crossover, and here, we see the Green Arrow and Supergirl on a roof.

Melissa Benoist stars as Supergirl on Supergirl, and if you’re not already a visitor of KryptonSite and following that Twitter feed, you should get on that. The Season 2 premiere is REALLY GOOD and airs October 10 on the show’s new home, The CW. 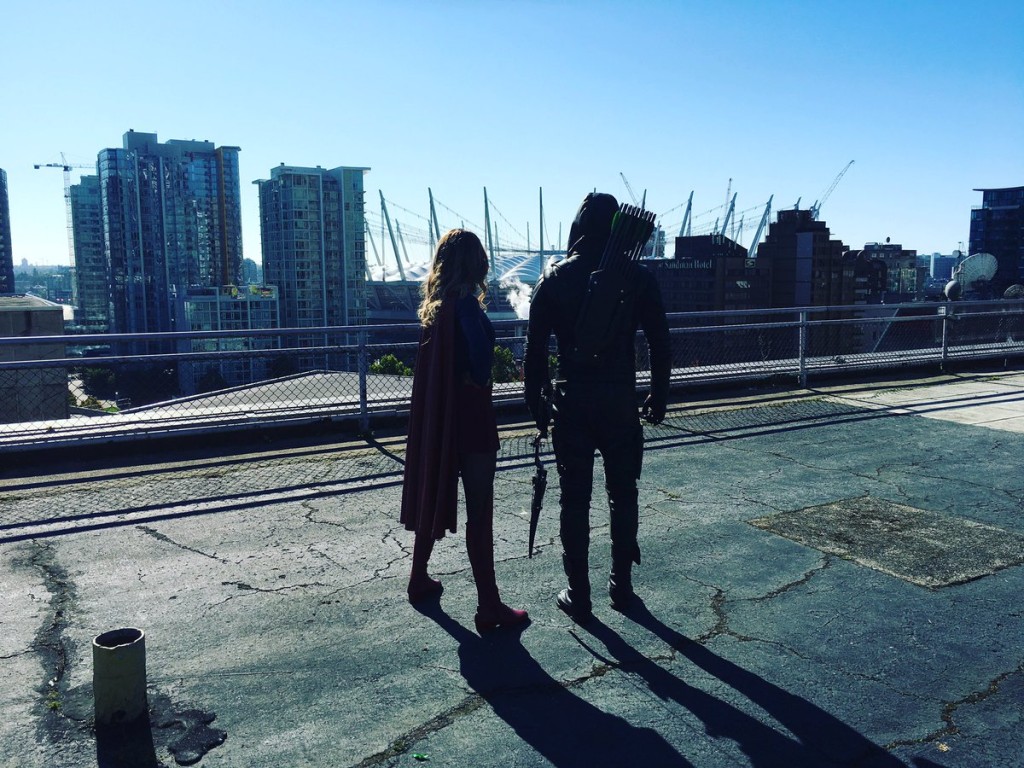