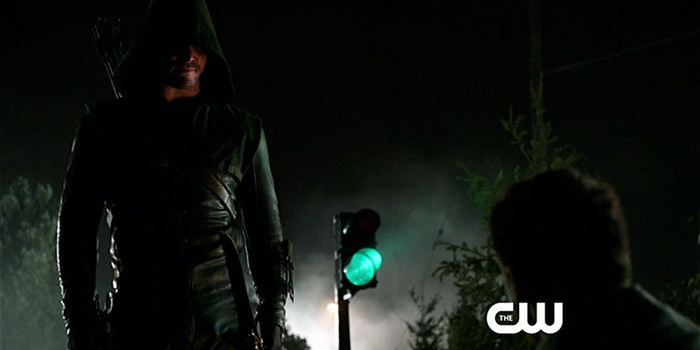 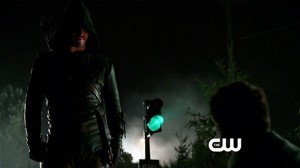 A new episode of Arrow airs tonight on The CW in the United States and CTV in Canada, unless you’re in an area that might be affected by Hurricane Sandy or a basketball game, in which case you’ll probably either have to get it later in the week, on iTunes or Amazon Unbox early tomorrow morning, or on CWTV.com tomorrow afternoon. In Chicago, at least, the show will be aired at 7pm on Saturday.

Tonight’s show is called “An Innocent Man,” and if the promo screencaps are any indication, it’s going to be an exciting one. We’re hoping from the trailer that we might get to see John Barrowman’s “Well Dressed Man” already and find out who he really is, but we’ll see if that’ll actually happen.

The Countdown thread is already open on our Arrow forum, and you’re invited to go there and also talk about the show LIVE while it’s on. The full forum for “An Innocent Man” can be found here.

Here are some extras related to the episode that you may enjoy: