The character of Adrian Chase first appeared in DC Comics as part of Marv Wolfman & George Perez’s run on The New Teen Titans. That popular run also introduced characters such as Slade Wilson/Deathstroke and Brother Blood who have also made their way to Arrow. 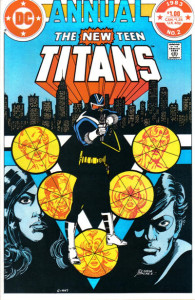 Tonight, Josh Segarra makes his debut as an Arrow series regular for his role as Adrian Chase, who in the comics is also known as The Vigilante. We saw a Vigilante drawing in the season premiere, and the seventh episode of Arrow Season 5 is called “Vigilante” so chances are good that we’ll see him going in that direction. So, if it seems like there’s more to Adrian Chase than the show originally lets on… there’s probably a good reason for that.

In speaking with press yesterday, Arrow Executive Producer Marc Guggenheim seemed to confirm that the show’s Adrian Chase will take a familiar trajectory to what comic book fans might be expecting.

“[Episode] 507 is where we show our cards the most, in terms of Adrian’s character,” Marc said. “What’s kind of fun about the way we’re writing Adrian and the way we’re portraying Josh’s character is [that] we are writing with the knowledge that the audience has a certain amount of comic book knowledge. If they don’t, and if you’re not a comic book fan, it’ll fly over your head, and that’s totally fine; it’s like an adult joke in a Pixar movie. But if you are familiar with the comic, then you’ll probably interpret certain scenes in a very specific way, and that’s fun for us.” 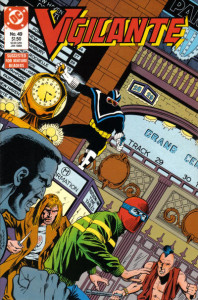 Usually, in cases like Merlyn the Dark Archer, the Black Canary, and even Deathstroke, there has been a bit of a fakeout or a test start before we see the characters in the form that people know from the comics. For the Vigilante, it sounds like they are going right to the comic book pages.  “I don’t think we’ve ever really done it in this fashion before — use their comic book destiny as part of the storytelling,” Guggenheim said.

You can meet Josh Segarra’s Adrian Chase in the Arrow episode “A Matter of Trust” TONIGHT on The CW!