The fourth season of Arrow is less than two months away, and earlier this week at the CBS party at the Television Critics Association press tour, we tracked down Executive Producer Marc Guggenheim to find out some scoop on some of the things that have been announced in recent weeks – from Oliver’s new code name through to new additions like Curtis Holt. We also ask about Quentin Lance’s reaction to Sara being back among the living.

Be warned that spoilers are being discussed.

GREENARROWTV’s CRAIG BYRNE: Oliver is going to be the Green Arrow now. Can you tease anything about how that comes about, and if his attitude as a crimefighter will change? 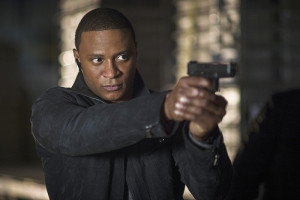 John Diggle has a uniform of some sort coming. Is there a code name to go with it?

Eventually, yes. That’s an exclusive. I’m not going to reveal the code name yet.

He’s not going to be the Guardian or anything like that?

No. He won’t be the Guardian.

We’ve always said Diggle’s comic book trajectory is Diggle. DC Comics has put John Diggle in the comics. We’re going to give him a code name out of practicality. I can’t tell you when it’s going to happen, because every time I write it, I end up taking it out, because it feels forced. I need to find the right moment for it. But we have the code name, DC’s approved it… but it’s unique to Diggle, and that’s what I like about it. 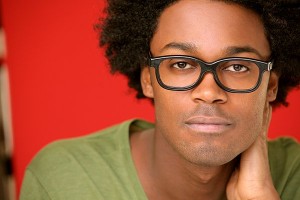 What can you tell us about Curtis Holt and what he adds to the show?

First of all, Echo Kellum… you can’t talk about Curtis without talking about Echo. He’s amazing. He is such a find. He’s so great. It’s very reductive to call him “the male Felicity,” but he has that kind of quality.

I feel like he kind of does. I think, to me, the real revelation of Echo’s performance is he’s another smart guy working at Palmer Tech. It would be very easy for him to come off like a knock-off Ray Palmer, but he doesn’t. He’s his own guy; his own character, and that, to me, is the part that’s really exciting. 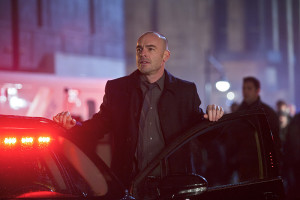 How might Quentin react if and when he finds out that his daughter is alive, again?

Well, he’s definitely going to find out, because the one thing that our characters do do, is they make a lot of mistakes, but they learn from the mistakes, and Laurel is not going to make the same mistake twice, of not telling Lance what’s going on.

Stay tuned in the coming days to see what EP Wendy Mericle and actor Paul Blackthorne have to say about Season 4! Arrow’s fourth season premieres October 7 on The CW.