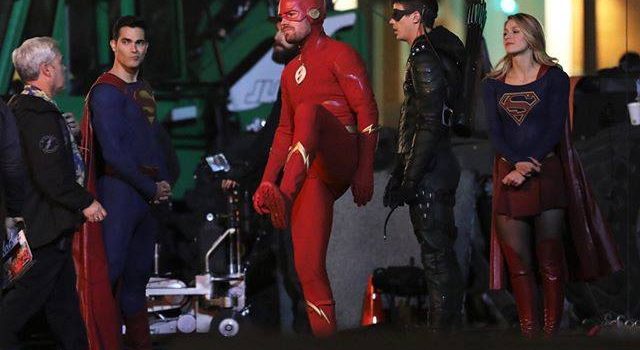 For reasons we don’t totally know yet, Oliver Queen and Barry Allen (Stephen Amell and Grant Gustin) are trading costumes for this year’s DC TV crossover event, “Elseworlds.” (See the official poster here). And last night… Stephen Amell shared an unofficial photo of them all on set.

“One does not simply walk in the Flash suit,” the actor Tweeted. In addition to himself in a Flash costume and Grant Gustin in an Arrow suit, we also see Melissa Benoist (Supergirl) and Tyler Hoechlin (Superman), with the latter back in his red and blue costume after being seen with a black suit earlier this week.

There’s a lot going on with the crossover which is currently filming, including a visit to the farm location used in Smallville. The crossover begins December 9 with a special Sunday episode of The Flash and will continue on to Arrow and Supergirl that same week. 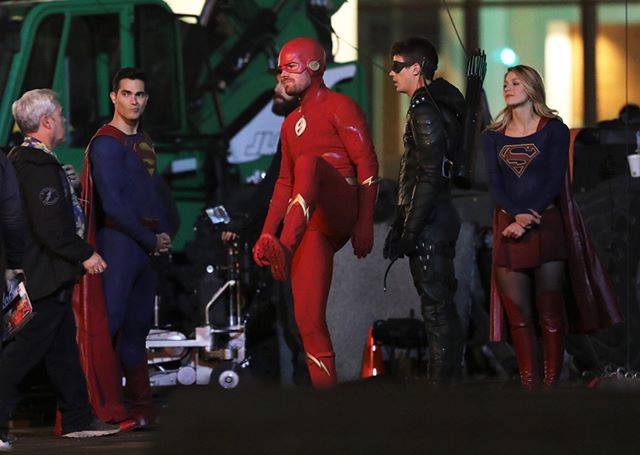