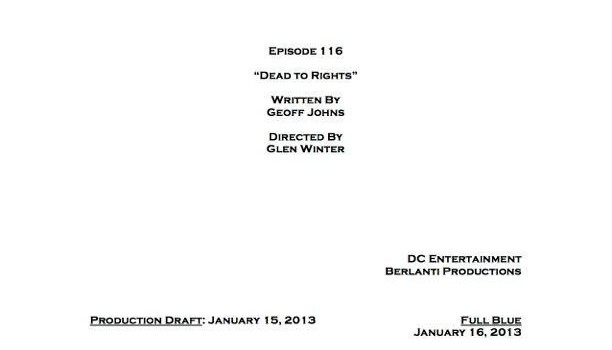 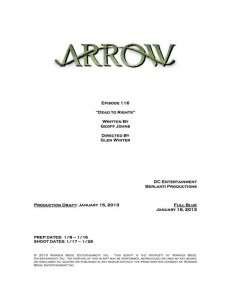 Glen Winter, who collaborated with Geoff Johns before on the DC Universe-inspired Smallville episode “Legion” as well as part one of the Justice Society 2-parter “Absolute Justice,” is directing the Johns-penned episode 16 of Arrow, titled “Dead To Rights.”

Normally, Winter is the director of photography for Arrow — in other words, he’s a big reason it often looks so good.

This information was confirmed by Marc Guggenheim, who posted the title page for the script today on Twitter. You can find that to your left.