Felicity Visits The Flash – And We’ve Got Pics! 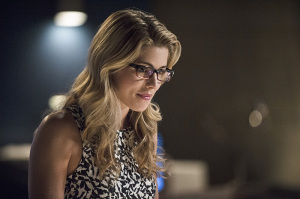 The CW has released some photos from the October 28 episode of The Flash, titled “Going Rogue,” which features a guest appearance from Arrow’s own Felicity Smoak, Emily Bett Rickards, picking up on the Barry-Felicity relationship that began in two episodes of Arrow Season 2.

You can find the gallery at our Flash portal, FlashTVNews – enjoy!