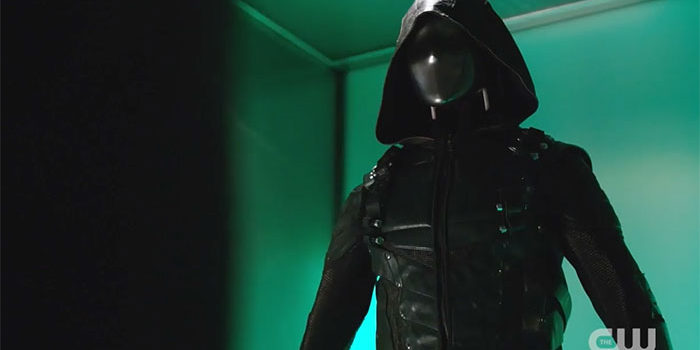 Expect Tonight’s Big Arrow Twist To Stick For A While

Spoilers for tonight’s Arrow episode “Tribute” are being discussed within this post.

At the conclusion of the October 19 episode of Arrow, Oliver (Stephen Amell) has passed the bow on to someone else — his best friend and brother-in-arms John Diggle. Audiences may think that’s going to be an only one-episode deal, but in a new and extensive interview with Entertainment Weekly, Stephen Amell assured that this is going to stick for a while. 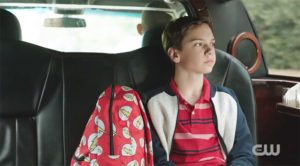 “William is the game changer,” Stephen says about what is altering Oliver Queen’s outlook moving forward. “The father-son dynamic can’t possibly can’t get any stronger than that. For all of the things that Oliver’s dad did wrong, and for all the things that we have since learned about him, Oliver still reveres him and holds him up to such a high standard, so that relationship is so important,” he explains.

Stephen says that Diggle is given the mantle with “a full heart.”

“I give it to him expecting him to be able to handle it. I like the idea that I give it to him because the city needs a Green Arrow, right? The Green Arrow can be more than one person. The Green Arrow is a symbol and his team is a symbol. The fact that we are pushing Star City in the right direction is something that is important to me because I don’t want the city to get destroyed every year, because then what’s the point of what we’re doing? We’re a team of vigilantes that are the definition of insanity, because we’re just doing things over and over again and hoping for a different result. Obviously I don’t know what’s going on with Diggle, but I give it up and there’s not a lot of angst,” he says.

At the time the interview was conducted, Oliver has been “out of the mix” for four episodes, and part of the reason for that is that the through line of consequences is important for the character.

“We had a story line last year where in the aftermath of Oliver being tortured by Chase — the big torture, making him reveal his animal instincts and that he enjoyed killing at one point — [and] the producers and I had a lot of back and forth after that about how long that should affect him, because in one iteration, he just jumped right back on the horse. I was like, “Well, if we don’t follow the through line of that affecting him, then what was the point? What was the point of it happening if it doesn’t have consequences?” So I like that he’s given the mantle to Diggle and that’s been the show since then. That, to me, is really cool,” Stephen says.

Obviously, Oliver will suit up again at some point, but Stephen promises that if he suits up again, it doesn’t all ofa sudden mean that the show is back to the status quo. For now, he’s totally out – with an exception:

You can read the full interview between EW and Stephen Amell complete with many more quotes here.

Photos and a trailer for next week’s Arrow titled “Next of Kin” can be found here.