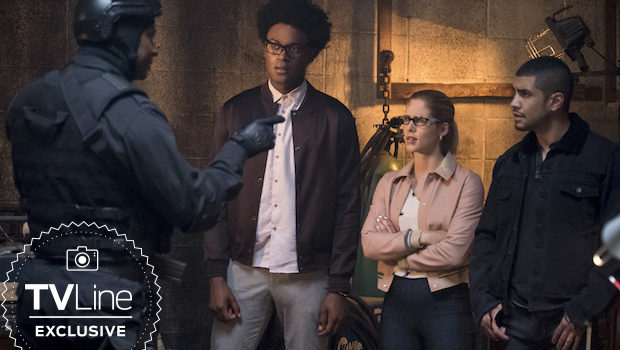 TV Line had an exclusive photo from Arrow Season 7 in a Fall Preview article that was just posted on their website. The feature also includes some quotes from incoming showrunner Beth Schwartz.

The new photo is actually from the second episode of Arrow Season 7, “The Longbow Hunters,” and features John Diggle (David Ramsey) addressing the (former?) members of Team Arrow. In the picture are David Ramsey as John Diggle/Spartan, Echo Kellum as Curtis Holt/Mr. Terrific, Emily Bett Rickards as Felicity Smoak, and Rick Gonzalez as Rene Ramirez/Wild Dog.

In the feature, Beth Schwartz reveals that it’s Black Siren/the Laurel Lance of Earth-2 who’s faring the best while Oliver is behind bars: She’s Star City’s new DA. Oliver will learn that it “may not have been the best idea” to keep Felicity in the dark about the deal he made with Samanda Watson, and Schwartz also confirms that the Roy Harper Colton Haynes will be playing in indeed be the one we know from Earth-1.

You can see the photo below; the full TV Line feature can be found here. 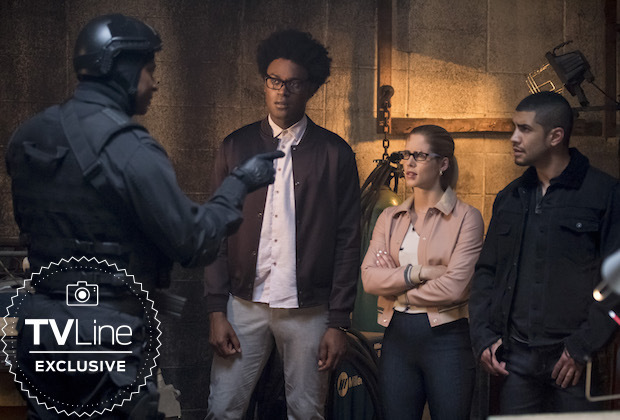