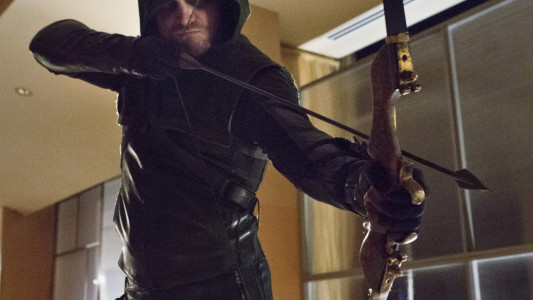 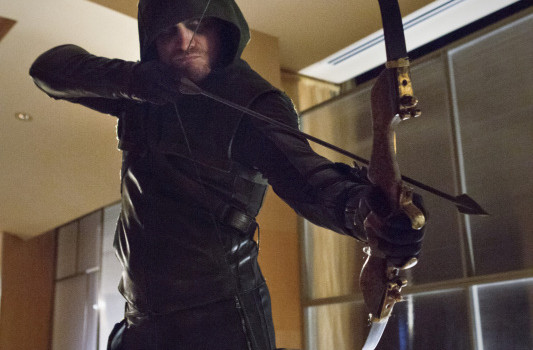 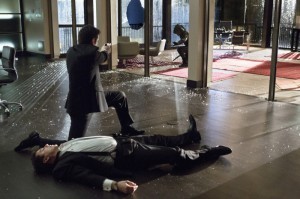 Don’t read this unless you have seen tonight’s episode of Arrow, titled “Dead To Rights.”

Earlier today, we posted our interview with DC Entertainment’s Geoff Johns, author of this week’s episode of Arrow, but there was one thing we couldn’t post about at the time: How are things going to change between Oliver (Stephen Amell) and his best friend, Tommy Merlyn (Colin Donnell), now that Tommy knows the secret? Johns tells us that he feels Tommy’s reaction is different from what we have seen before in the series.

“I think you’ve seen how certain people reacted. Diggle, Felicity… but those aren’t life long friends. Those are people who are brought in relatively quickly in the relationship,” Johns explains to us. “I think you can see the pain on Tommy’s face at the very end of the episode, when Oliver answers that question, ‘Were you ever going to tell me?’ And Oliver answers that so honestly. You see Stephen just deliver one hell of a performance there, and he just said ‘No.’ I think that just crushed Tommy. I think it shatters him in a way that he’s never been hurt like that before,” he says.

Could that mean that Tommy Merlyn may be a Dark Archer himself someday? Geoff didn’t tell us anything, but stay tuned…

Come talk about “Dead To Rights” on our forum!