The CW has released some very cool “poster art” to promote the upcoming DC TV crossover “Crisis on Earth-X.”

Here’s how the Arrow chapter is described:

The crossover begins November 27 on Supergirl and continues on to Arrow, The Flash, and DC’s Legends of Tomorrow. Note that Arrow will be airing on Monday night nxt week.

If you want to see some official promotional photos from the crossover, you can find them below: 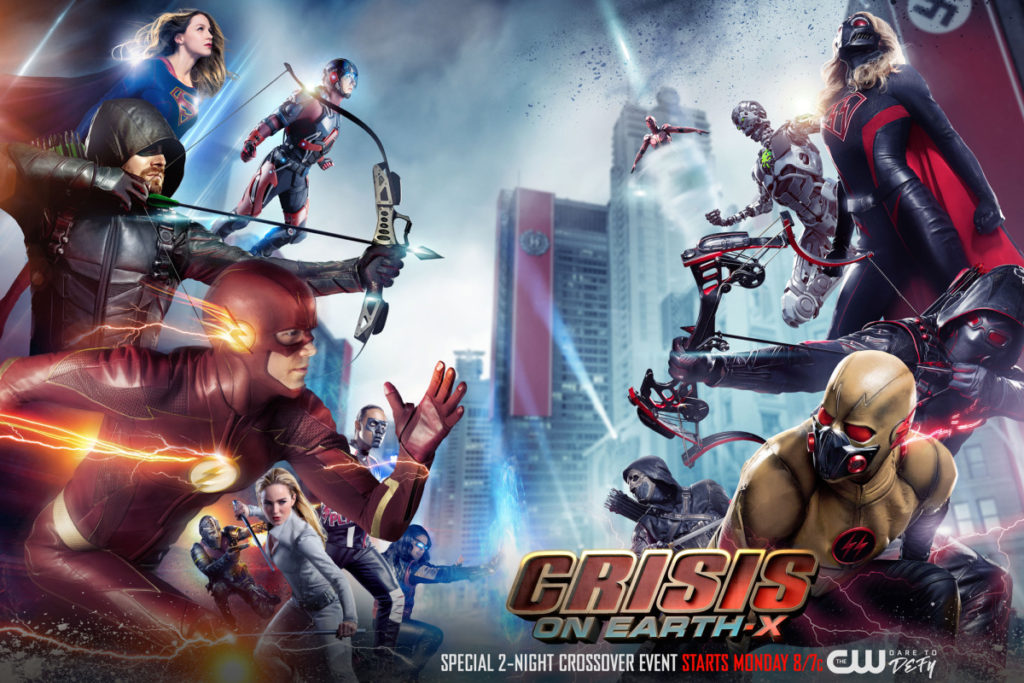