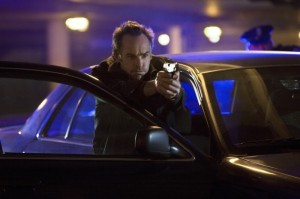 For whatever reason, and despite favorable reviews online, Arrow’s episode “Vertigo” dropped in the overnight ratings from last week. It’s quite possible thing will tick back up, but as always, be sure to watch the show live, especially if you have a Nielsen ratings box.

For “Vertigo,” Arrow is said to have had 3 million viewers exactly and only a 0.9/3 in the key 18-49 demographic group. That’s lower than Whitney. Come on, people, we can’t let Whitney do better than Arrow!

Apparently people with Nielsen boxes were drugged up on Vertigo last night. I mean, Whitney?!?!

If you were one of the three million people who did see Arrow last night, and want to talk about it, come by our forum. The rest of you… thank goodness for things like Amazon Unbox where you can see what you missed.