The CW has now released some official photos to promote the April 5 episode of Arrow which is called “Brothers in Arms.”

Here’s how the network describes it; the photos follow below. The pics feature OTA (of course!), Anatoly, Dinah, Richard Dragon, Quentin, Curtis, Black Siren, and more. 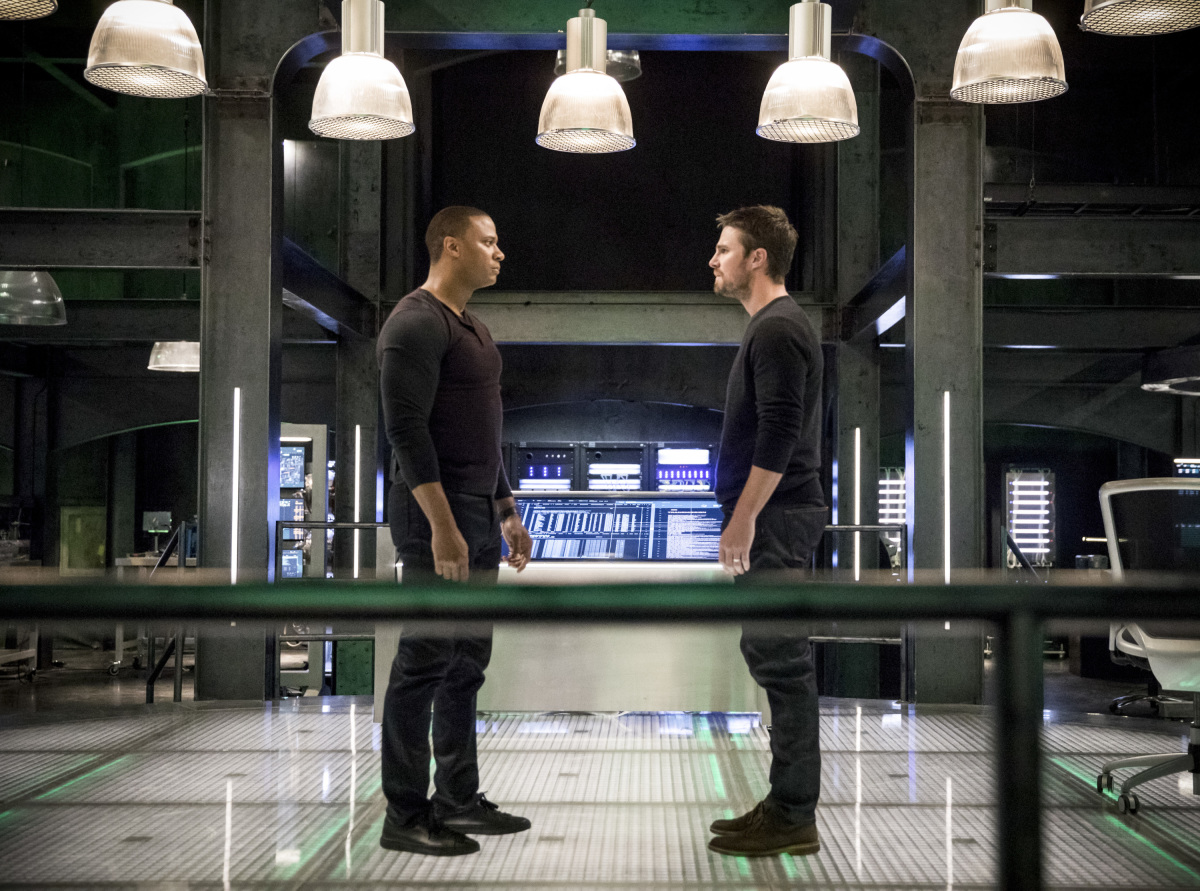