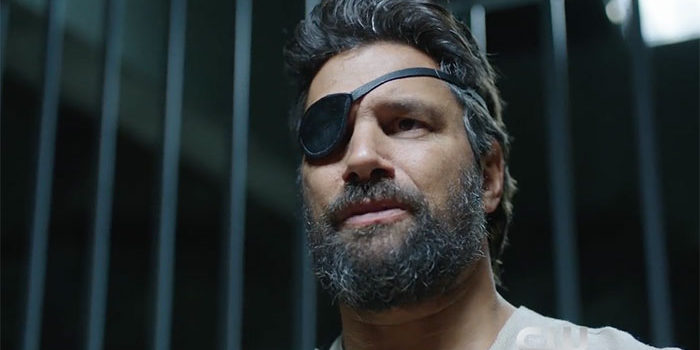 The Arrow season finale is just a few hours away, and The CW has released two more preview clips to promote the episode which is called “Lian Yu!”

In the first clip, we learn why Slade Wilson is willing to work with Oliver, and vice versa, including some new revelations about his character. A fantastic scene between Stephen Amell and Manu Bennett.

The second clip features Katrina Law as Nyssa, John Barrowman as Malcolm, Stephen Amell as Oliver, Manu Bennett as Slade/Deathstroke, and Nick E. Tarabay as Digger Harkness/Captain Boomering. (So, with Barrowman being there, there’s technically two Harknesses in the same scene.)

Browse GreenArrowTV for more “Lian Yu” including our advance review of the episode!