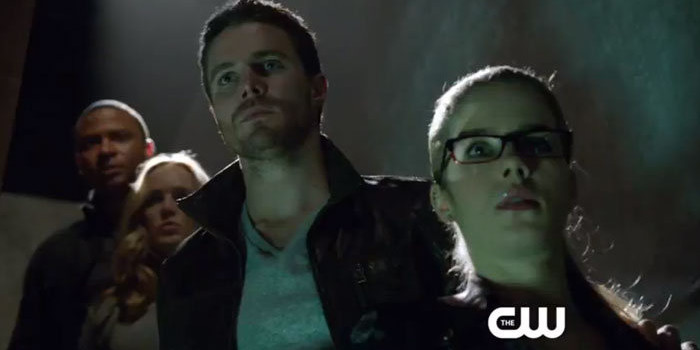 Arrow: Screencaps From “The Man Under The Hood” Promo! 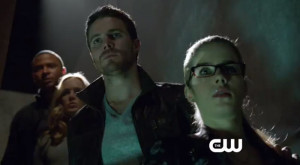 A lot happens in the trailer for the next episode of Arrow.

So much, actually, that when we were putting together the screen captures, there was stuff we didn’t even notice the first time.

In addition to danger and drama that befall the show’s series regulars, the trailer for the episode — which airs April 16 and is called “The Man Under The Hood” — also features the first appearances of Carlos Valdes and Danielle Panabaker as their characters of Cisco Ramon and Caitlin Snow, respectively. Why is that important? They are both regular characters in the Flash pilot that will be spinning off from Arrow! (You can read all about Flash here).

Enjoy the screen grabs. You can see the actual promo trailer here. 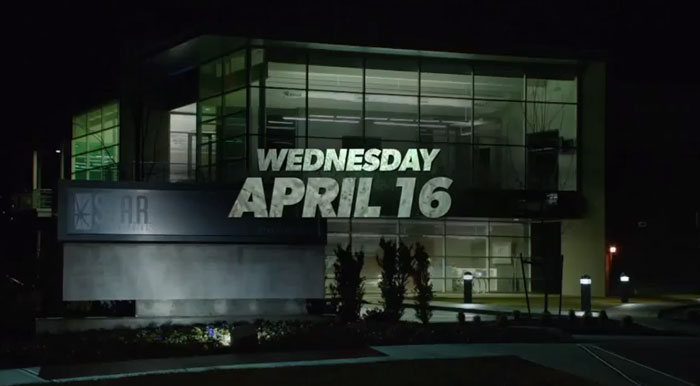